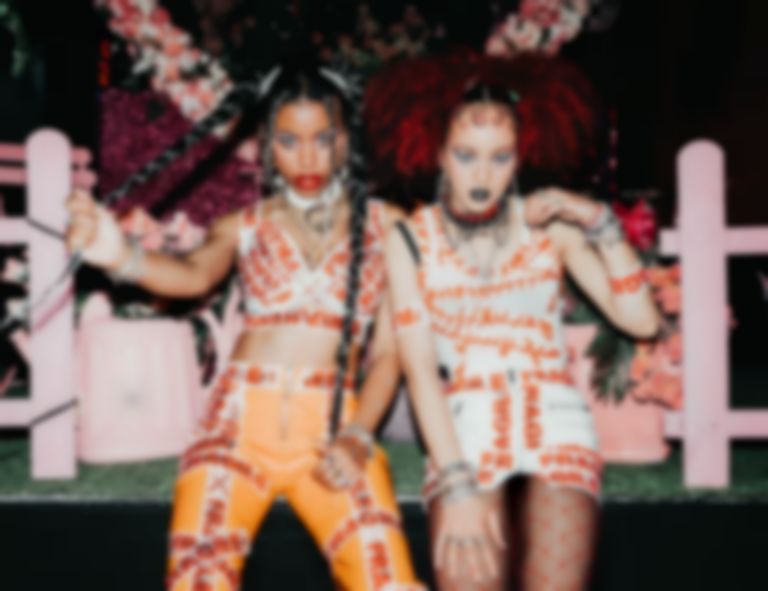 Nova Twins have shared new single "Puzzles" as the fourth preview of their Supernova album that will arrive next month.

"Puzzles" follows previous outings "Cleopatra", "K.M.B." and "Antagonist", and is, in Nova Twins' own words, "Inspired by the many sexy R&B songs we love."

Nova Twins continue, "We wanted to make a heavy rocked-out version of a song that makes us feel powerful. It’s always been fine for men to vocalise liking sex, so why can’t the same rules apply to us? We’re women, we should be free to explore what we like in our songwriting! A general Nova Twins theme is that we’re always in control. When it comes to a track like this, we were always going to show our domineering side."

The new song will appear on the duo's upcoming second album Supernova, which will follow their 2020 debut album Who Are The Girls?

Nova Twins said of the record inn February, "Supernova is the beginning of a new era. As we delved into the unknown, making this album became our medicine through a turbulent time. It’s a reflection of where we were and how far we have come, encased in a fantasy world that we imagined. Supernova is made out of dreams, triumphs and colourful nightmares. When you get to the other side, you will always come out a winner."

"Puzzles" is out now. Nova Twins' Supernova album will land 17 June via Marshall Records, and is available to pre-order now. They'll play Grace Jones’ Meltdown Festival in London on 17 June. Visit novatwins.co.uk for a full list of tour dates.