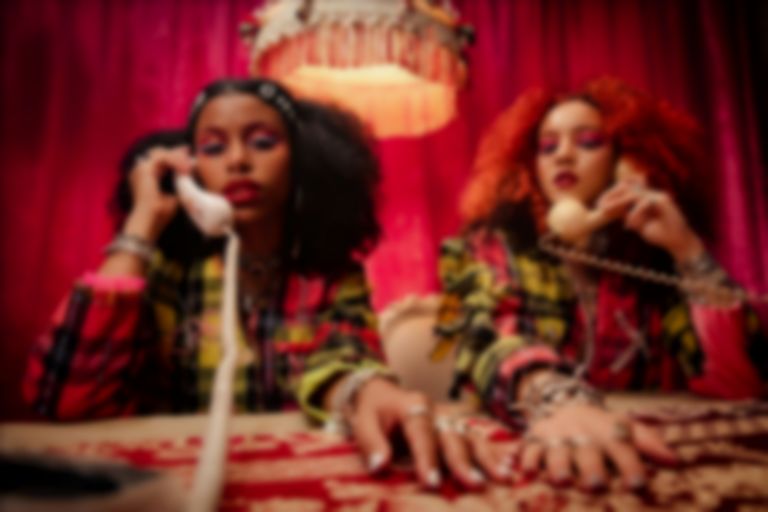 Nova Twins, real names Amy Love and Georgia South, have returned with news of their second album Supernova, and have unveiled new single "K.M.B." to accompany the announcement.

"K.M.B." arrives with a video directed by Nova Twins, Fin Frew and Matt Rendell, and will feature on their second album alongside last year's "Antagonist" track.

Nova Twins say of the new single, ""K.M.B." will stitch-up the hearts of the heartbroken, teaching the ones who broke it a lesson. Inspired by the sound and feel of the ’90s, we wrote and filmed our version of a playful horror movie. Think Mean Girls meets Clueless meets Pulp Fiction. Somewhere between those storylines is where you will find "K.M.B"."

Supernova will follow Nova Twins' 2020 debut album Who Are The Girls?.

The duo add of the record, "Supernova is the beginning of a new era. As we delved into the unknown, making this album became our medicine through a turbulent time. It’s a reflection of where we were and how far we have come, encased in a fantasy world that we imagined. 'Supernova' is made out of dreams, triumphs and colourful nightmares. When you get to the other side, you will always come out a winner."

"K.M.B." is out now. Nova Twins' Supernova album will land 17 Junne via Marshall Records, and is available to pre-order now.