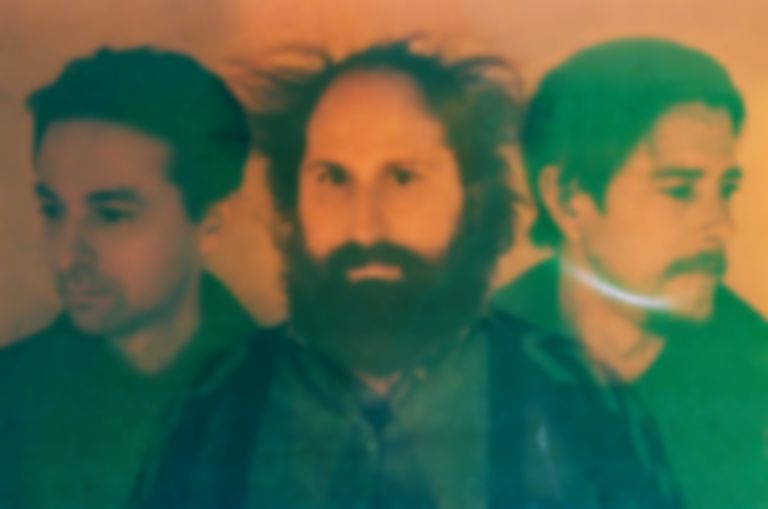 Muzz have recordings that date back to 2015, but have only just decided to begin releasing material from their collaborative project.

The Muzz members have a long friendship. Banks and Kaufman have been friends since they were teens, and attended school together overseas before relocating separately to NYC. They both met Barrick separately, and Barrick ended up drumming on Banks' Banks + Steelz project with Wu-Tang Clan's RZA.

Banks says of the new project, " Ultimately, the music speaks for itself. We have a genuine, organic artistic chemistry together. It’s partly a shared musical taste from youth, as with me and Josh, but then it’s also the souls of my friends that resonate with me when expressed through music. I think it’s cosmic."

"Red Western Sky" is out now. Muzz's Muzz album is due for release on 5 June via Matador, and is available to pre-order now.