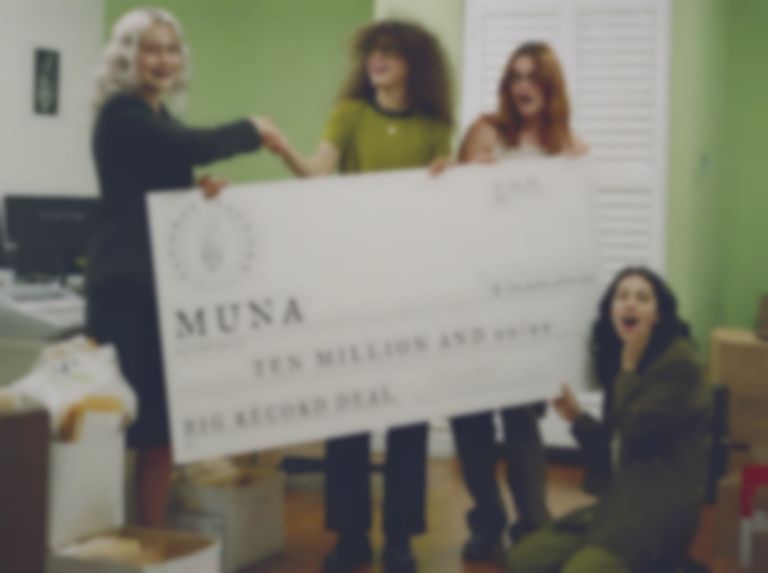 MUNA have today (19 May) been announced as the second signing to Phoebe Bridgers' Saddest Factory Records label.

After Claud was announced as the first Saddest Factory Records signing back in October last year, MUNA have become the second signing to Phoebe Bridgers' label.

MUNA say of joining Saddest Factory Records, "Phoebe asked us to be in a four person couple with her. We said, "Sadly, we are all taken but we will happily sign to your record label for the small fee of 10 million dollars." After much negotiation, she obliged. We look forward to this lifelong partnership and Phoebe raising our first born children, as was included in the contract. This will be the last time we speak publicly as we will be giving her our voices in a cursed golden locket (with the exception of our bi-monthly contribution to the Podcast Industrial Complex). And maybe some music."

Bridgers adds, "I thought they were a boy band."

MUNA are yet to follow up their 2019 album Saves The World.