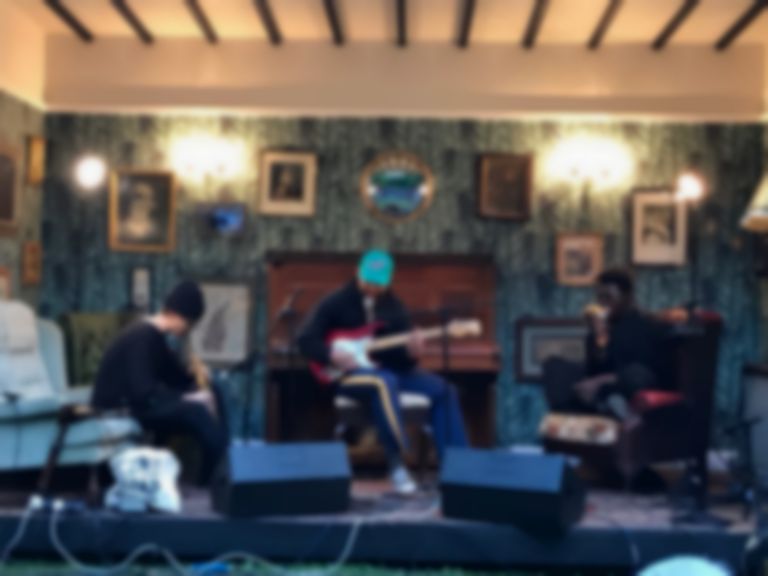 Recent Jagjaguwar signing Moses Sumney covered Björk and teamed up with pal Nick Hakim during a secret set at End of the Road Festival.

The shivering performance - which took place on the tucked-away Piano Stage - saw Sumney conjure titanic waves of emotion using the bare essentials - vocals and guitars (plus some sax flourishes for good measure) - and wow the hushed crowd with aplomb.

The impromptu four-track set included Sumney's new song "Indulge Me" ("it's out on Tuesday," Sumney reveals to the crowd), a pared-back rendition of Björk's 1993 single "Come To Me" - which you can watch above - as well as fan favourite "Plastic".

Nick Hakim joined in for backing vocals before taking the lead for the set's final number, his own "Green Twins", which featured Sumney on backing vocals.

End Of The Road continues tonight with sets from Father John Misty, Ty Segall, and more.