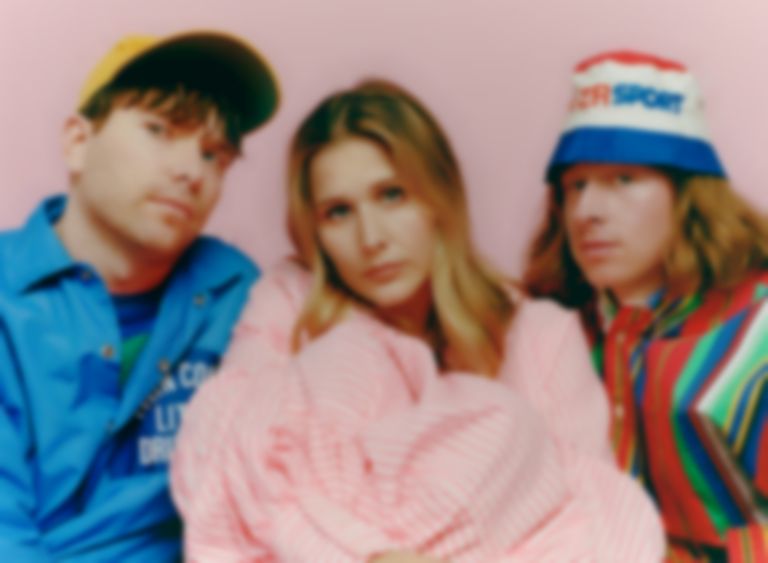 Sydney trio Middle Kids are back with news of their second album Today We’re The Greatest, and have shared "Questions" as the lead single.

Middle Kids' new outing "Questions" is the second taster of their Today We're The Greatest album, landing after last year's "R U 4 Me?" single.

Lead singer Hannah Joy says of the new single, "I used to drink a lot and most of my previous relationships revolved around this. I don’t think I ever really knew them or they me as a result. "Questions" is about people being around each other but not being close. People who are in intimate relationships can stop asking questions of each other because they are uncomfortable and confusing."

Joy adds of the album, "I want to make music that loves its listener. Music that makes people feel seen, seen in the tiny little places that hide away in their hearts. I want people to hear our music, and feel a sense of love. And when I say love, it can be challenging, intense and tough. But it’s in the guts. It can be easier to live dualistically, splitting the world in two. We want to be able say it’s this or it’s that, but sometimes it’s both -- and can we hold both? Can we hold the brokenness? Can we hold the beauty? That has definitely been a defining bit of this album, the fragility in that dance."

"Questions" is out now. Middle Kids' Today We're The Greatest album will arrive via Lucky Number on 19 March, and is available to pre-order now.