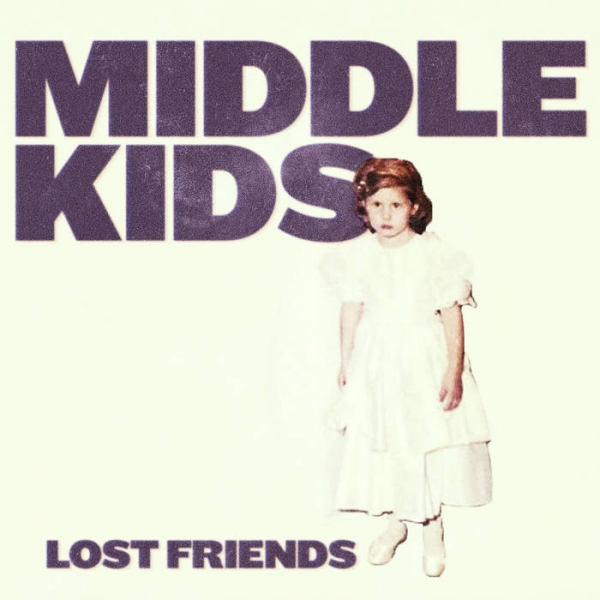 The Australian indie-poppers received global acclaim after Elton John played their self-assured debut single “Edge of Town” on his Beats 1 radio show. Fast forward 18 months or so and Middle Kids are continuing to pen hits like they’re going out of fashion.

The breath-taking “Bought It” opens the record delicately with Hannah Joy’s vocals grasping and telling listeners what they’re all about. Immersive and enticing, Middle Kids have nailed the perfect hit formula - and this is only the first track.

“Mistake”, a previously heard tune, comes next with fired up drums and a sense of hunger. Punchy from the off, it gives you a chorus to remember whilst the verses allow Joy’s vocals to flutter gently over what is one of the most explosive numbers on the album.

The title track is almost lullaby like in nature with subdued instrumentation at the start before it implodes into a chest thumping banger. It’s rich and layered but it’s not the track you’ll be rushing your way back to with the selection on offer.

Look no further than “Never Start” for a slice of fizzing pop perfection, whilst “Edge of Town” reminds listeners why the band made so many essential industry lists in the first place.

Ending the album on a high, “So Long I’m Gone” invigorates listeners one final time with a building rhythm and tight vocal harmonies. A soulful affair, it sees Middle Kids challenge themselves and acts as the perfect finale for an expertly paced debut record.

Middle Kids have always been a band to watch out for but now they’re an outfit to really get behind and believe in. Lost Friends is an essential first listen that is never too afraid of a huge chorus or a touch of slow burning intensity. Indebted only to themselves, expect great things from Middle Kids.