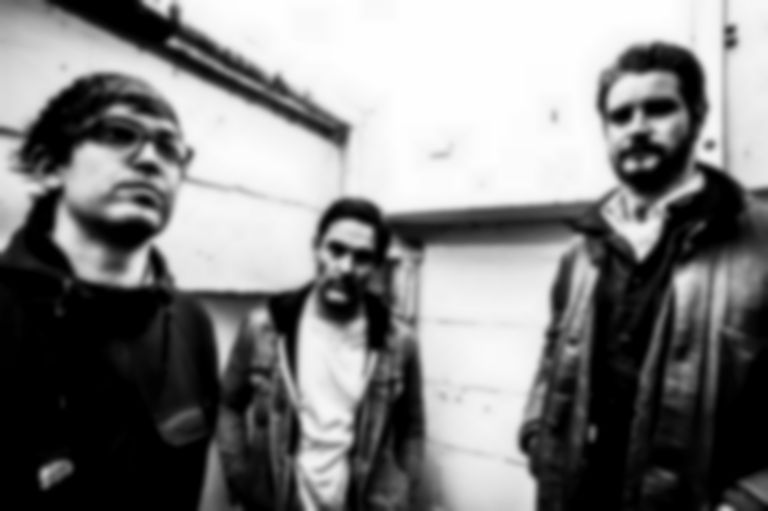 Metz have shared "Dry Up", another rarity from their forthcoming compilation Automat.

"Dry Up" is the second offering to arrive from Automat, Metz's compilation of rarities, demos, and B-sides dating back to 2009.

Speaking about the new offering, frontman Alex Edkins says, "Metz have been making music together for over 10 years. It’s been a blur. We’ve very rarely allowed ourselves to look backward. We’ve been hyper-focused on always moving forward at breakneck speed, perpetually fixated on what’s next. The video for "Dry Up", as well as the Automat album, is an attempt to pause, take a breath, look backward and take stock of our past. It’s intended to express how grateful we are to be able to do what we do. It’s a love letter to the incredible places we’ve traveled, the beautiful people we’ve met, to community, music, and friendship."

Expanding on the new compilation, Edkins says, "The idea to release Automat came after realising our early 7" singles were being sold online for upwards of $60 bucks a pop. We wanted to make those songs available and affordable to anyone who might want them in the physical format. What started as reissuing a couple of 45s, quickly morphed into an entire LP, compiling rarities, demos and alternate takes from over the years."