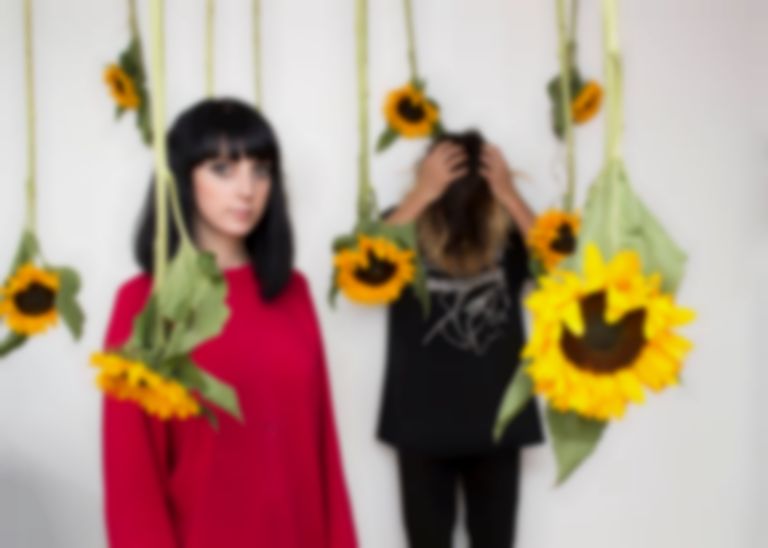 Leeds' very own shoe-pop pair Menace Beach are airing their new video for Ratworld track "Tastes Like Medicine", and you can watch now, exclusively on Best Fit.

Splattered with kooky animation and '90s video grain, the faded shades of MB's new video are reminiscent of an old home movie or fan bootleg. It's a snazzy aesthetic to pair with such a shaggy-sounding song - the noise is riddled with fuzz-rock embellishments and raucous pedal-glaring distortion - and despite how surreal it gets, it feels totally natural.

Speaking about the visuals, director Tom Hudson (of Pulled Apart By Horses) explains the lengthy journey he embarked upon to get the aesthetic he and the band wanted:

"The guys in Menace Beach are good pals and a great band! I've already done a couple of music videos for them before, "Drop Outs" - an eyeball popping/face melting animation - and a lo-fi VHS video for the following single "Tennis Court". When they asked me to produce a video for their new single "Tastes Like Medicine" I thought I would try and combine the two together. Menace Beach came out on the road with my band Pulled Apart By Horses on our last UK tour; I shot all the footage over that tour - catching chunks of their sets/soundchecks and just generally goofing about in the different venues. After ploughing through the footage when I returned home I started to rotoscope and animate over the top of the footage, trying to keep things frantic and spontaneous (even though animation can be pretty painstaking!). I think the trashy footage and playful animations represent the vibe of the track pretty well. My favourite bit is when the drummer, Nestor, is chopping up sausages... sorry mate!"

Menace Beach's debut record Ratworld is out now via Memphis Industries, produced by our Producer of 2014, Hookworms' MJ.

Watch "Tastes Like Medicine" below, and then cast your peepers downwards for their upcoming live dates, including their upcoming support stint with The Cribs.