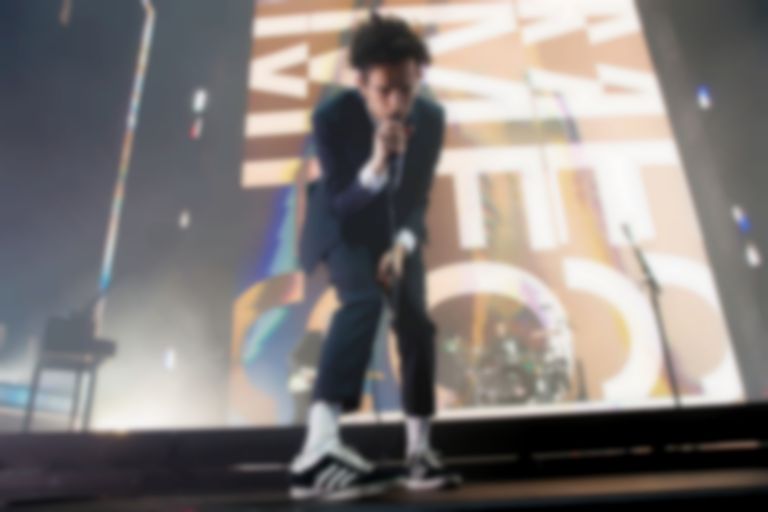 The 1975's Matty Healy has revealed their next single will arrive at the end of May.

Having picked up two BRIT Awards last night (20 February) for British Group and Album Of The Year, The 1975's Matty Healy joined Christine and the Queens in London for a chat on Matt Wilkinson's Apple Music Beats 1 show.

During the chat, Healy revealed that the first single from their forthcoming Notes On A Conditional Form "comes out midnight, May 31st".

He also revealed that the group are deciding between three songs to lead their next album, which is due to arrive before their headline slots at Reading and Leeds this summer.

“The first single comes out midnight, May 31st.” @Truman_Black says @the1975 are trying to decide between three songs to lead off the next album. https://t.co/pf6tMwVfHJ pic.twitter.com/Uj5WF4IInE

Reflecting on the direction of the new record earlier this year, Healy compared the new album to their first collection of EP's, and wrote on Twitter, "Notes On A Conditional Form feels like that time. It feels like those records."

In 2018 The 1975 returned with A Brief Inquiry Into Online Relationships.

The 1975 have a big summer ahead of them with festival appearances all over the world. Find their full schedule.