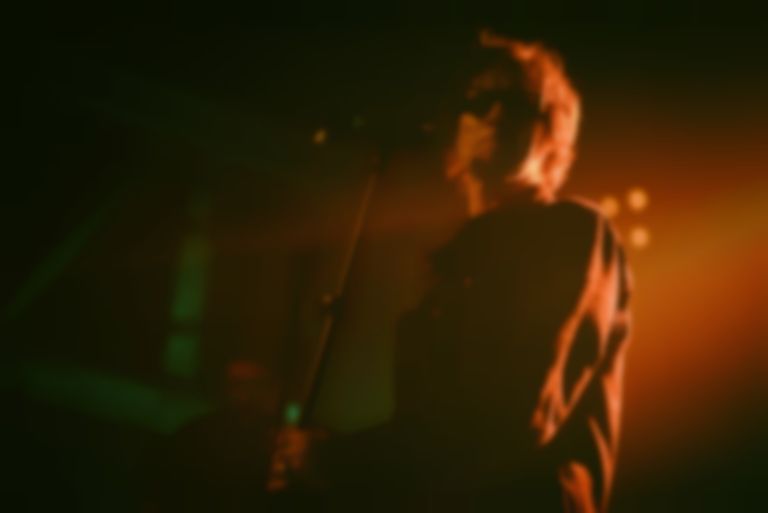 Mark Lanegan has spoken about his recent spat with Liam Gallagher over Twitter, confirming he doesn't "hold a grudge" against him.

Earlier this month, Liam Gallagher tweeted about Mark Lanegan regarding a passage in his new book Sing Backwards and Weep where Lanegan claims that Gallagher pulled out of their 1996 tour to avoid a physical fight set up between the two.

Gallagher called Lanegan an "uptight junkie" in his tweet, and wrote that Lanegan is "another bullshitter trying to sell a book".

Lanegan soon replied, and wrote, "Coke addicts are junkies too you fucking tool, the stupidest kind. Still trying to make like you're hard. i could have then and still could put serious hurt on you. leave it alone dickhead unless youre actually ready to finally step up."

The former Screaming Trees vocalist has since spoken to PA (via Metro) about his Twitter feud with Gallagher, and has revealed he doesn't "hold a grudge". Lanegan said, "[The book] doesn’t reflect how I actually feel about him now. I see his clips on Twitter now and it makes me laugh, he’s kind of an eccentric old uncle."

Lanegan added, "Also, I’m aware he does some good deeds in the community and he’s not a bad person."

The Sing Backwards and Weep author also said of Gallagher, "He was anything but hard. He never has been hard, [Liam is] a pussy, but that doesn’t mean I hold a grudge against the dude."

Mark Lanegan's Straight Songs Of Sorrow album is out now.