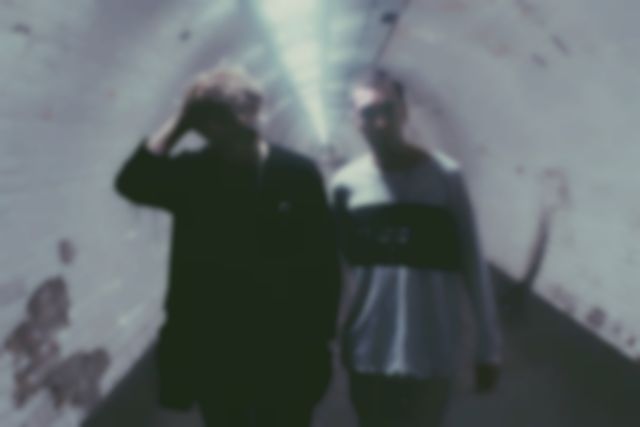 At the beginning of the year, the Leicester twosome revealed debut single "Temptation", blowing us away in an instant.

Speaking about the video, the duo said:

“From the start, the intention for the Waves video was to explore imagery beyond the obvious route of water, and instead focus on the lyrics and the meaning of the song. We sat down with the directors Youth Hymns and discussed our different ideas for visually representing this. We were inspired by Virginia Woolf’s ‘The Waves’, the visuals of oscilloscopes, and the idea of constant movement, of a force beyond your control pulling you towards something. then came their idea of the tunnel, an almost b-movie vibe, and a character falling down with us. The video has a kind of gothic, hypnotic feel, which pays homage to the aesthetics of cult sci-fi and horror. With added Jazzmasters.”

Illuminations is due out 23 October via 1965 Records.