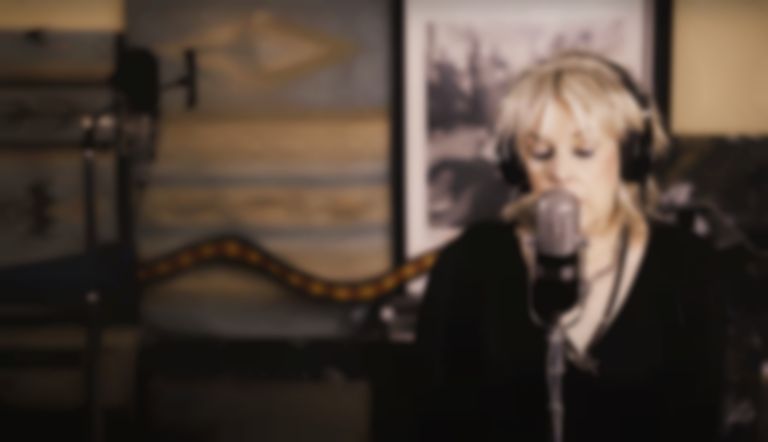 Lucinda Williams has revealed she's currently recovering from a stroke last year, and is still unable to play guitar.

In a new interview with Rolling Stone, Williams has revealed that she suffered a stroke last November, but is due to make a 100% recovery, according to her husband Tom Overby.

After being rushed to hospital, doctors discovered the 67-year-old (at the time) had a blood clot on the right side of her brain, which affected the left side of her body.

Williams spent five weeks in hospital before being discharged right before Christmas last year, and has since been working with therapists at home to recover.

The singer/songwriter walks with a cane and is currently unable to play guitar. The doctors saw no signs of brain damage when she suffered the stroke, and is expected to make a full recovery.

Williams told Rolling Stone, "What happens is your brain gets all… the wires get all crossed and you have to retrain your brain basically, to tell your arm to do whatever it is you’re trying to do. So that’s the biggest challenge."

She added of the recovery process, "It feels like we’re in somebody else’s house. I do, like, walking, with the cane and they watch me and see how well I’m doing. And then I have to do hand and arm exercises. It’s really about regaining my strength and mobility, and range of motion. That’s what they work with me on."

On returning to performing this summer, Williams said, "I feel good and positive about playing again. We’ve got some shows scheduled with Jason Isbell for late July and we’re planning on doing those. I don’t know if I’ll stand up and sing or I’ll sit down like an old blues person. But we’ll figure it out."

Despite not being able to play guitar (for now), Williams revealed she's still "singing my ass off, so that hasn’t been affected. Can’t keep me down for too long."

In March Lucinda Williams covered Sharon Van Etten's "Save Yourself" for her epic Ten double album.