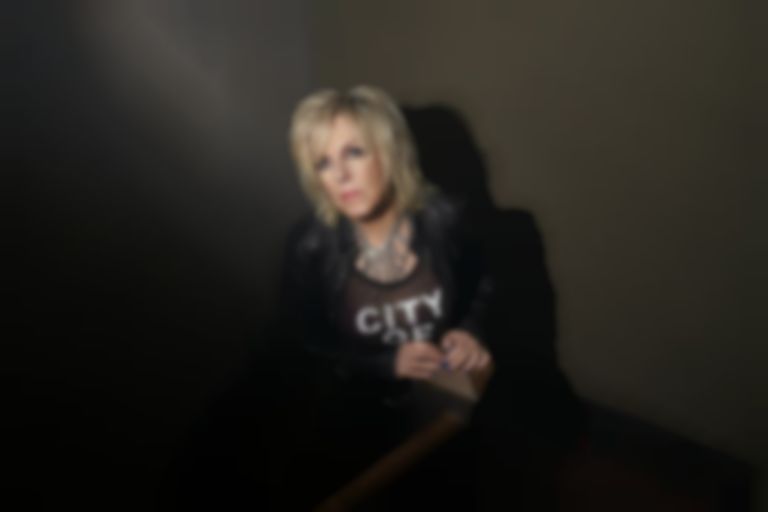 Lucinda Williams has covered Sharon Van Etten's "Save Yourself" as part of epic Ten, a double album celebrating the album's 10th anniversary.

Van Etten announced epic Ten with Big Red Machine's cover of "A Crime" at the start of the month, and returned last week with IDLES' version of "Peace Signs".

Today (18 March), Van Etten has shared a third cover from the 10th anniversary release, and it sees Lucinda Williams take on "Save Yourself".

Van Etten wrote of Williams' cover on Instagram, "I am in tears listening to Lucinda Williams’ interpretation of "Save Yourself" - owning my words, watching her perform, giving it her heart. How does one express waking up from a dream and the feeling that a legend in your eyes is connecting with your music? Not many get to see and hear it happen. In these distant and impalpable moments, I am touched. Lucinda represents not just a singer and writer, but a poet - one who has helped me reconnect with my mother and find a new voice in my own music as I continue to explore songwriting beyond my melodies and my voice, but through my words and stories. Lucinda and her band covering my song helps me feel my narrative isn’t isolated and living in my diary, but a page that everyone can rip out in some way and paste in their own journal.⁣⁣"

Other artists that have covered songs for epic Ten include Fiona Apple, Courtney Barnett ft. Vagabon, Shamir and St. Panther.

Lucinda Williams' cover of "Save Yourself" is out now. Sharon Van Etten's epic Ten double album will arrive 16 April via Ba Da Bing, and is available to pre-order now.