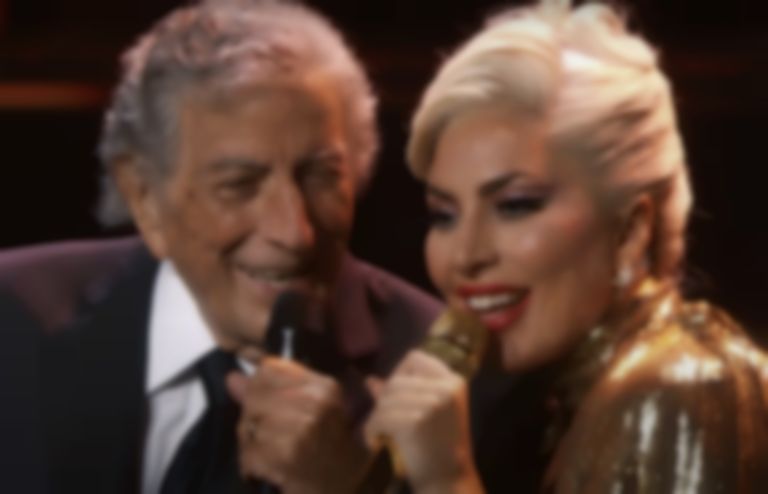 Lady Gaga has uploaded a heartfelt post expressing her gratitude after gaining six Grammy nominations for her collaborative album with Tony Bennett titled Love For Sale.

Following the announcement of the 2022 Grammy nominations, Lady Gaga shared a heartfelt post on Instagram, writing that she was "stunned and shocked and beyond grateful."

Gaga continued, "I don’t know what to say. I just keep crying and am utterly speechless. This means so much to me, Tony Bennett, the Bennetts, my family, jazz music, and the great Cole Porter who wrote all these timeless classics. I’ll never forget today and congratulating Tony on his six nominations. I’ll never forget that today he could track every word I was saying and understood the world was celebrating him and celebrating jazz - a genre that embodies the joy, abundance and imagination of Black music throughout history."

"Thank you to all the Grammy voters for recognizing me and Tony’s dedication to jazz music and for also recognizing it in major categories where this music is often not nominated. This album happened because it was Tony’s idea and I made him a promise that we would make it and we did. At 95 years old, he has more nominations than ever, I’m so honored to be his companion in music and his friend," Gaga added. "Thank you to the public for loving us, we surely love each other, and you. Believe in love and partnership, even with 60 years between us, and Alzheimer’s, there is nothing like the magic of music. I love you Tony, and the world loves you too. How could they not?"

Love For Sale was recorded at New York’s Electric Lady Studios. Bennett had already been diagnosed with Alzheimer’s disease (which was revealed by Bennett's family in February) when they were recording Love for Sale. The album marks Bennett's final studio recording.