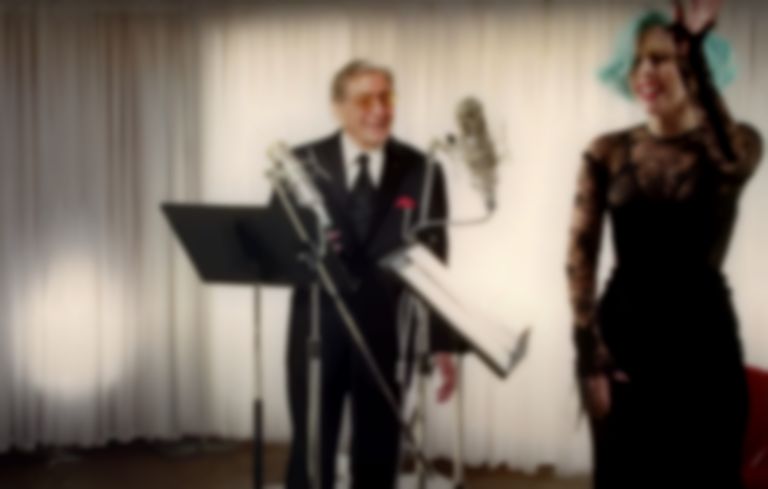 94-year-old singer Tony Bennett has revealed he's been living with Alzheimer’s Disease for the past four years, and is planning to release a second album of jazz standards with Lady Gaga this year.

Tony Bennett has shared the news of his Alzheimer's Disease diagnosis in 2016 via a new interview with AARP Magazine today (1 February). He wrote on Twitter, "Life is a gift - even with Alzheimer’s. Thank you to Susan and my family for their support, and AARP The Magazine for telling my story."

Despite being diagnosed over four years ago, the article confirms that he will follow up 2014's Cheek to Cheek collaborative album with Lady Gaga this spring with a second album of jazz standards.

The songs were recorded in "widely spaced sessions" between 2018 and early 2020 at New York's Electric Lady Studios.

AARP Magazine notes that Bennett appeared "lost and bewildered" at times during the album sessions, with Gaga making sure to keep her comments short and simple, as advised by experts in the disease.

Bennett's neurologist Gayatra Devi told AARP that before the pandemic the jazz legend's touring schedule "kept him on his toes and also stimulated his brain in a significant way". Although the coronavirus pandemic has halted touring for now, Devi advised Bennett to continue rehearsing. Bennett rehearses twice a week with his longtime pianist Lee Musiker.

His wife Susan Crow told AARP, "Singing is everything to him. Everything. It has saved his life many times."

Read the full interview on aarp.org.