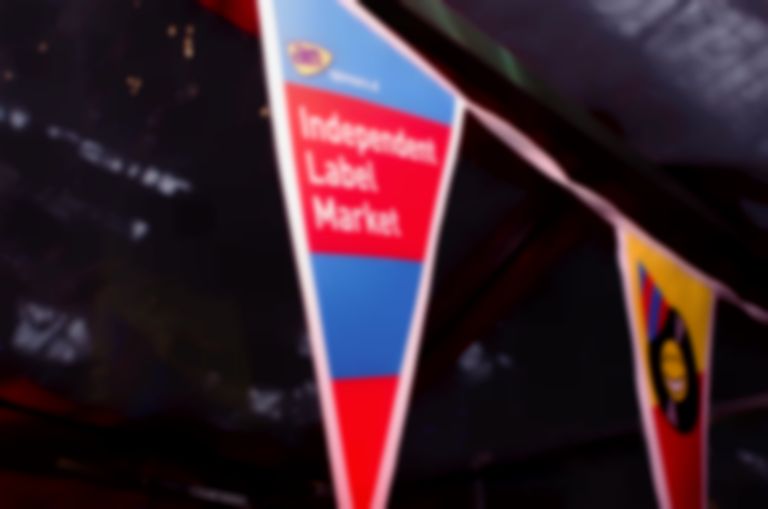 The indie labels involved threw caution to the cold weather and were out in force with special releases, rare items and novelty treats, with the shoegaze-friendly Sonic Cathedral even selling gingerbread effects pedals.

“We had the idea of pressing the first two Beach House albums on coloured vinyl for today, as I thought it’d be a good introduction into the Christmas period,” said Bella Union‘s Simon Raymonde, who recently criticised the Universal-EMI merger and its potential effects on small imprints.

Expanding in size from its previous outing in May, the fair saw an increased number of stalls and decrease in prices, as the heads struck up special prices to suit the special items on sale.

“We have a lot of test pressings with us,” said Tom King of No Pain In Pop. “A Grimes release we did a few years back, Forest Swords, Telepathe, which was our first release, basically stuff that’s been laying around my flat for the last few years.”

With many reissues, re-releases and last remaining pressings on sale, it gave music fans the opportunity to get their hands on items they’d be unable to find elsewhere.

“I bought the James Blake - CMYK vinyl from R&S Records, mainly because the guy behind the stall told me there were only two left,” punter Alice Thompson told Best Fit. “So I thought I’d get it while I still could.”

Speaking to many customers, it seems so much choice within such a confined space was a major drawing factor, with label bosses themselves taking time out to browse each other’s stalls.

“I bought the Slime album on the off-chance,” said Jess Partridge of Fierce Panda, who were celebrating the release of Dingus Khan’s new album with special panda-shaped biscuits. “I hadn’t had the opportunity to get it in a store yet. It was right on the stall behind me and only five pounds, so I thought I’d get it.”