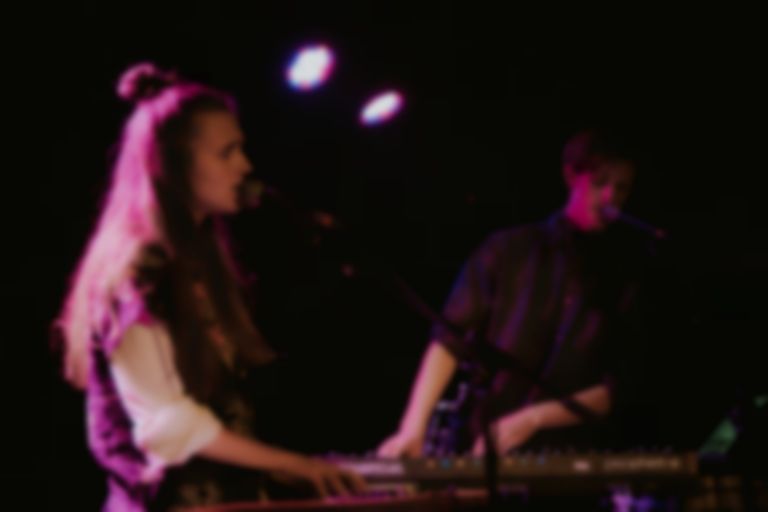 Norwegian duo Konradsen are back with their tender new track "Give It Back To The Feelings".

"Give It Back To The Feelings" follows on from last month's "The Year Is Over", and is the second track to be shared from their new EP Rodeo No. 5.

Vocalist Jenny Marie Sabel says of the new track, "It’s one of those songs that just appeared to us. Eirik made a synth sound with his DX7, running through some effects. We recorded it properly and had Erlend Vesteraas do some vocals on it. In the end, the last thing we did was to record some violin with our friend Selma French Bolstad. The song is about being thankful, realising that there are other people out there who are giving a lot."

Rodeo No. 5 is the duo's first collection of tracks since releasing their 2019 debut album Saints and Sebastian Stories.

On their forthcoming EP, Konradsen say, "While last year’s album was crafted meticulously, this EP is focused on fleeting, immediate moments - trying to capture the raw fragments that drift by in everyday life. It’s an ode to the small choices we make everyday."

"Give It Back To The Feelings" is out now. Konradsen's Rodeo No. 5 EP is due to arrive 1 May via Cascine, and is available to pre-order now.