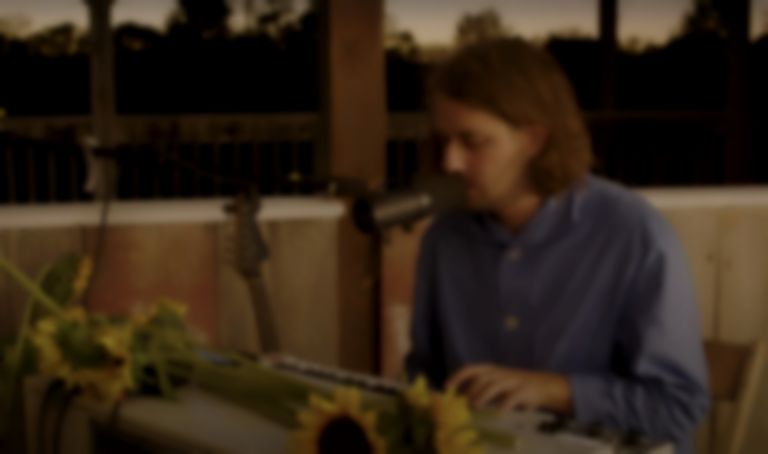 Kevin Morby has unveiled a "recently unearthed" song called "Dumcane" to mark the fifth anniversary of his Singing Saw album.

Morby hasn't released new music since last year's Sundowner album, but has today (4 May) released "Dumcane", which he describes as a "lost and recently unearthed song".

The track is unveiled to mark five years of his 2016 album Singing Saw.

Morby writes on Instagram of the song, "I had initially taken "Dumcane" to the Singing Saw sessions I did with Sam Cohen for what would become the album but our arrangement wasn’t feeling quite right sitting next to the other songs so I took it to my good friend and neighbor Kyle Thomas and we cut a stripped down version the same day that we cut my Townes Van Zandt - "No place To Fall" cover for the Beautiful Strangers 7"."

He adds, "For reasons beyond me this version of "Dumcane" sat inside Kyles tape machine lost and forgotten the last five years until Kyle stumbled upon it a few weeks ago while going through old tapes only days before Singing Saw's fifth birthday. It felt like a sign from the universe that the the song could finally take flight. I am so happy to share this document of Kyle and I making music in his Pine Room on some sunny afternoon in what seems like a lifetime ago."