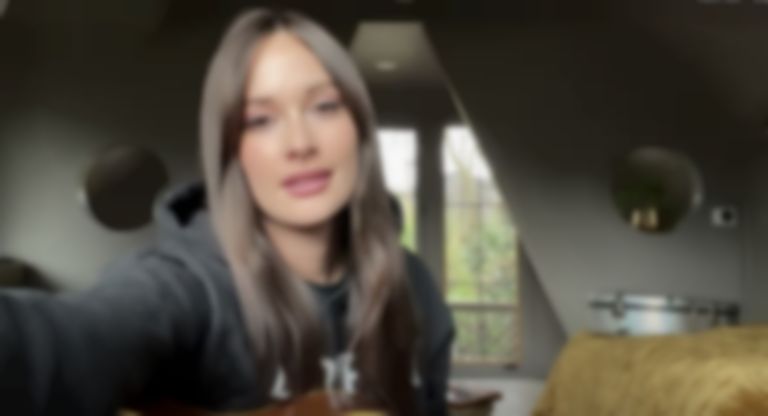 Kacey Musgraves has previewed two songs from her upcoming album on a new episode of the A Slight Change of Plans podcast.

Back in February Musgraves said that her follow up to her Grammy-winning album Golden Hour was inspired by Greek and Shakespearean tragedies, and would be structured into acts.

In May it was revealed that the new album will feature 15 songs (narrowed down from 40), and will be split into three acts.

Yesterday (5 August) Musgraves revealed that the new record is a "post-divorce album", and said she sometimes feels "like this album has more of a foot in country than Golden Hour."

While she's still yet to announce her new album, Musgraves did sing parts of two songs from the record on a new episode of the A Slight Change of Plans podcast, which was also released yesterday (5 August).

The two songs are called "Camera Roll" and "If I Was An Angel", and both clips have made their was online.

im in tears y’all i absolutely cannot wait for this album pic.twitter.com/H8yP0n2g8a

Listen to the full episode of A Slight Change of Plans now. Kacey Musgraves hasn't announced her new album yet, but it's due to be released later this year.