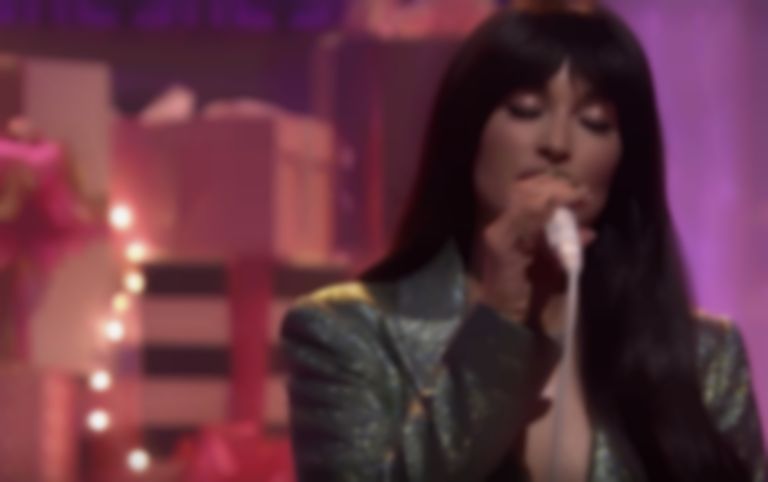 Kacey Musgraves used her time on The Tonight Show With Jimmy Fallon to debut her new song "Glittery".

The country singer debuted her new Christmas song on Jimmy Fallon ahead of her new Amazon Prime show The ‪Kacey Musgraves‬ Christmas Show arriving next week.

Last week, Musgraves also shared her new Frozen 2 track "All I Found", which marked her first single since featuring on Judah & the Lion's "pictures" in February.

Musgraves is yet to follow up her Grammy Award-winning 2018 album Golden Hour.

Kacey Musgraves is due to perform her new song "Glittery" alongside Troye Sivan next week on her The ‪Kacey Musgraves‬ Christmas Show.