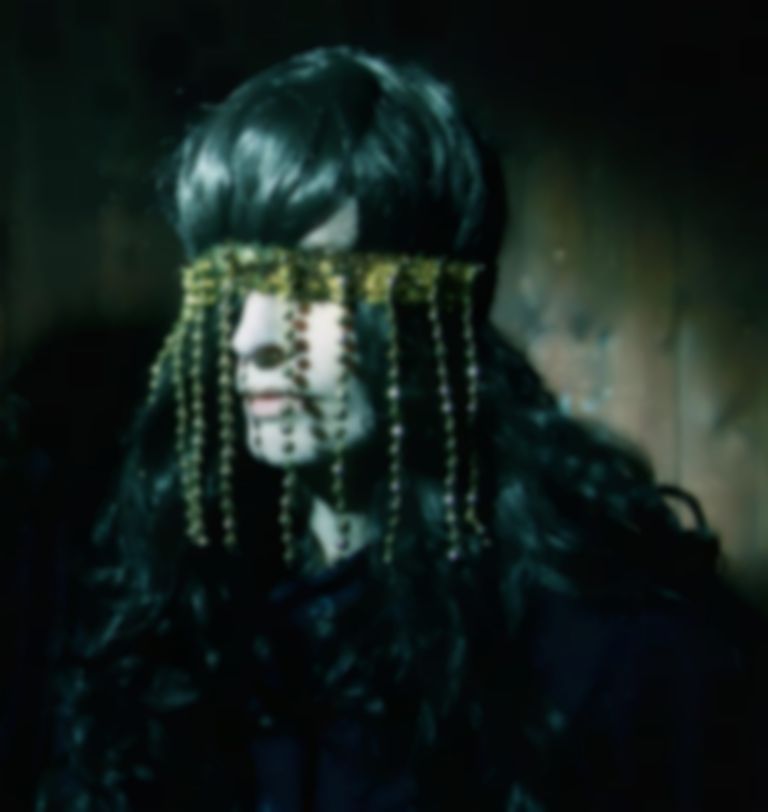 Norwegian musician Jenny Hval is releasing a new album called Blood Bitch and has unveiled, "Female Vampire", the lead track from it in a chat with Best Fit.

"Female Vampire" is the first track from the follow up to the incredible Apocalypse, girl and will be released on 30 September via Sacred Bones. Hval has described the album as “an investigation of blood. Blood that is shed naturally. The purest and most powerful, yet most trivial, and most terrifying blood: Menstruation. The white and red toilet roll chain which ties together the virgins, the whores, the mothers, the witches, the dreamers, and the lovers."

Produced with fellow Norwegian musician Lasse Marhaug, you can listen to "Female Vampire" below, followed by our exclusive chat with Hval about the background of the record.

Hi Jenny, after listening to "Female Vampire" it feels like you're heading in a completely different direction from Apocalypse, girl...

Yeah I think that’s why I can release something so soon, I guess. It was quite a surprise; I found myself writing pretty much from the moment Apocalypse, girl came out and I kind of liked the idea of working really independently and fast. I worked with a producer [Lasse Marhaug] who works extremely fast… and it’s a good time to write something, when nobody knows… it’s a magic time.

Does that mean you wrote it while touring the previous album across Europe and the US?

I actually wrote most of it before I was on the road. I was writing in the studio and it was a very interesting, really different process to what I had done before. It’s the same producer as on Apocalypse; last time around I had finished all the songs before I came into the studio and we had so many ideas we couldn’t do anything about because those songs needed to come together and be the album. This time I really wanted to do something creative with writing in the studio and from that Lasse and I ended up collaborating a lot more. I’d never been part of anything like that! It sounds more interesting than it actually looked like… I have this video of us called a day in the studio and it’s just us sitting there.

What does Lasse Marhaug bring to the album?

Well he’s almost never produced anything; Apocalypse was the first time he produced anything that wasn’t a live recording or a mix job. I think coming together [during the last album] was a way of creating a lot of ideas. We talked about film so much; for Blood Bitch… I wouldn’t say we were working like we were making a movie because there are no images, but instead of writing lyrics I was feeling confident with or that I’d finished and knew what I wanted to say before I came in, Lasse acted as an instructor and I would improvise lyrics, things like that. And that’s crazy for me, to write in front of a microphone while someone else is listening – you first realise it’s embarrassing but then you realise the lyrics are sonically and emotionally a lot more interesting than ones which are polished or go through twenty different variations. They might become more interesting on paper, but they also become more distant from the sounds.

Does recording the lyrics in that way make it more personal, just because of the immediacy of it?

I said so many times that Apocalypse was personal so I guess ‘the personal’ can mean so many different things. With that, there were many musicians who came in and saved the tracks from death! They were a very big part of the diversity of sounds on that album. There was also a very personal spoken-word-ish delivery, or moments of that, and we didn’t really want to do that spoken word again. I wanted to try to do the things that were harder, and that became this mantra of making something personal from outside a comfort zone. And rather than the lyrics being outside the comfort zone, maybe the person recording is very much alone – no one really plays on this album apart from me. Many personal levels of ways of making sound come into play.

On the previous album there were themes of female representation and ownership, and with talk of blood and menstruation on Blood Bitch it feels like you're taking it to a more personal discussion of similar themes...

I’m imagining you not having heard the full album and I feel bad haha! One interesting thing about menstruation, blood and vampires is that on the one hand it’s definitely quite visceral and something quite alive but on the other it’s something that’s dead, abject, no longer a part of the body. There’s a real sadness about a vampire’s blood – it doesn’t do anything anymore, it’s no longer alive. In some way that seems less personal perhaps, but also more because the body is much more of an idea or dangerous if it’s seen as a symbol of life and a symbol of something gross.

Menstruation is still seen, in some circles, as shameful and embarrassing...

Menstruation is such a taboo thing; it’s so strange, I mean it’s one of the things pop music is about. It’ll be mentioned, but it’ll be mentioned as this kind of "oooh, it was a day I was sad" like some postcard from femininity’s capitalist version. Like, the blood is always blue in tampon and pad commercials, that’s strange isn’t it? Very blue, very royal. There are so many images of menstruation that are as removed as possible from what it really is. I found this link between vampires and menstruation…I still don’t know what it is but this album is not about me explaining what it is. After Apocalypse, which contained a lot of lyrics and a lot of ideas and I was asked a lot of questions by journalists about it, I really wanted to explore something which you couldn’t explain and I felt the need to put Blood Bitch out as a place of fantasy – a different place from this contemporary world where everything is dissected and explained within 140 letters. There’s something that language can’t do which I’m exploring on this album.

Do you think playing and touring the album, or doing this, will give you an explanation...and do you even want to achieve that?

I dunno. I don’t know what I would achieve; even if I do interviews or write about it, it’s always going to be something else – it’s not going to be about the album. As soon as you have a conversation about a piece of music, that conversation is very quickly about the conversation – thankfully – rather than being about the object, or the feeling or the idea which started it. I don’t think it matters; I’ll live with it for a while and I’ll play a bunch of shows and explore the songs…I’ll learn a lot from that but I don’t know if it will be related to the album, it might develop into something a bit more removed from it.

Were you surprised by being influenced by the goth and black metal music of your past?

“Yeah it was a surprise! "Female Vampire" was the last song I wrote and that was the probably the only song after I started thinking about it. Lasse was the person who mentioned it first. As soon as you mention things like black metal you’ll get loads of people saying "well, it doesn’t sound like it blah blah blah..." and that’s not what musical connections are always necessarily about. There are certain sounds, but it’s more like certain memories of mine are coming back in there, maybe a drone-y quality, maybe something that is a combination of elements I connect to a certain period…not the goth music itself but a larger space around it which I was in sometime in the '90s. I also like to say it because it makes me – and others – realise that I’m really old! I’m a vampire already… in that sense the vampire is always the human. When I write about it, the vampire is always me; and the vampire when you listen to a song is always you. We carry something dead with us.

I think it’s really important to not make an album that tries to be or do everything. So much pop music is trying to be everything, and for me coming from an intense interest in a lot of underground music you don’t have to cover everything –  [adopts movie trailer voice] "you’ll laugh! You’ll cry!" – it’s really important to sometimes be a tiny part of a picture and not be everything all at once. I’m excited to release this; it’s an incredibly liberated album, sort of made under the radar.

Jenny Hval will be touring Europe across the summer and autumn, including the End of the Road Festival in September and dates in Glasgow, London and Manchester in October. More dates here. 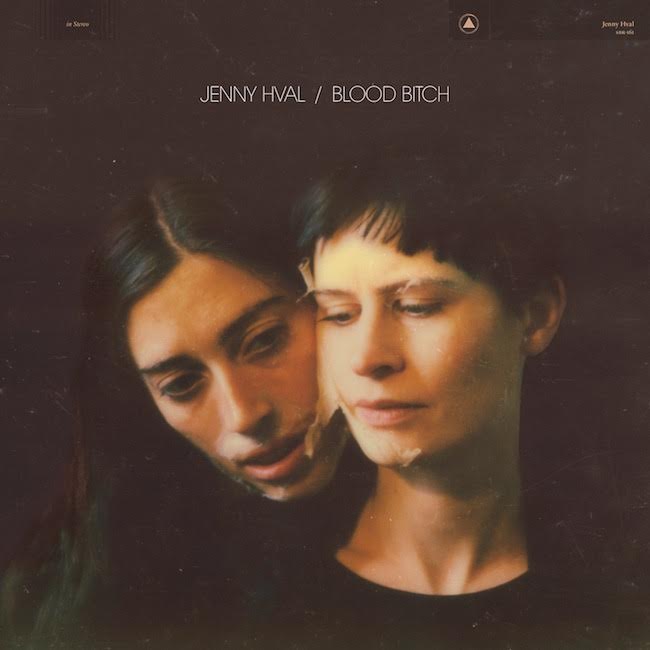