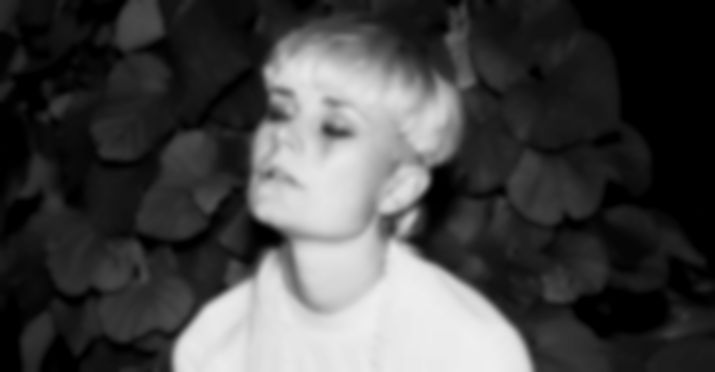 Over the course of five incredible tracks in two years, Denmark's Kill J has established herself as the most exciting Scandinavian act in many years.

From her debut release "Phoenix" this time two years ago, Julie Aagaard's project continues to defy pigeonholing through uncompromising lyrics and approach and a sonic palette which goes from almost bubblegum pop (the brilliant deconstruction of industry sexism on "Propaganda") to the brutal, dark R&B of "You're Good But I'm Better" where Aagaard's glorious, register-stretching vocals deliver a withering riposte to a former lover. There are few - if any - acts around at the moment who can match the ambition, both lyrically and visually, of Kill J and if you're looking for an early contender for album of 2016 (should Aagaard give us one) then it's she who'll deliver it.

Kill J will be appearing at the Ja Ja Ja club night at The Lexington this Thursday, October 29, alongside Norway's Loveless and Sweden's MAASAI and we got the opportunity - between coughs and splutters from a flu-laden Aagard - to talk to the woman responsible for some of 2015's most exciting music...

Can you tell me how the Kill J project started?

“Well, how far back do you wanna go…haha! It kind of grew out of another project I was working on with my partner at the time. We started a band and we wanted to change the world and do a lot of different thing. It became completely chaotic, and we ended up having to kill it off…Kill J grew out of this as a sort of kill your darlings project, so this is what was left, if that makes sense.”

Who and what was left in the project after all the killing?

“I started Kill J way, way back with my former partner Lennart Asmussen; we’re not working together today. It sort of took us a while to realise that we both wanted to do different things – but we thought it was a great idea to start Kill J. We killed off a lot of guitars, a lot of real instruments, and what was left was the electronic parts of the music which we both – especially I – were in love with and were passionate about.”

What inspired the music you were making at that time?

“That question is so hard to answer! I wanna ask myself that too! I’m not really sure; a lot of things inspire me…not just other artists but everything! Books, the news….I don’t think I can answer that question but what I felt passionate about at the time and what I still feel passionate about – and what makes up the core of this project – is juxtaposing something which is very fragile and I guess in a sense feminine with something that’s very brutal, and heavy, and dark. The best way for me to create that was through an aesthetic which is primarily electronic.”

That's an interesting response because there are a lot of women in the electronic genre making music like this. I'm thinking of Jenny Hval and Holly Herndon, for example, who combine femininity with music that's often very uncompromising...

“I don’t think that I’m in any way unique in my genre. I think that I’m, like a lot of female artists right now, developing as a writer and a producer in this field – and we’re still learning! There’s a point to this; there’s the same learning curve, and like you said there’s the same aesthetic. You can compare it to a lot of female Scandinavian electronic artists and while there’s a lot of reasons for that I think we’re all, in a sense, telling the same story.”

Something which also interested me was the initial Kill J press; no names, no faces - was it always the intention to start this way then drop the cloak of anonimity?

“Actually, I’ve never agreed with the whole ‘enigmatic’ thing. We’d never planned that we wanted to be secret or mysterious at all! A couple of weeks after we’d dropped ‘Phoenix’ we realised we should maybe have some pictures online with our faces – and then we posted some with our faces and that was it! But it has become this story that people have been telling over and over again…but it’s really not true. It just so happens that the picture – the one where I’m not showing my face – people post is the only one where I’m not showing my face.”

Okay, well I'll leave that idea where it is...

That aesthetic seems to match with the lyrical content of Kill J songs, particularly on "Propaganda" and "You're Good But I'm Better", which I find to be very forthright and uncompromising...

“I thought….this is one of good examples of not always being the best judge of your own music…I thought I was like that all along! I know now that I wasn’t, but I have always tried to be candid in my lyrics and I guess the stuff that’s coming out in a couple of months is going to be even more candid, actually.”

Are the experiences you detail in these songs your own experiences of the industry, or are they from the position of imagined characters?

“Not at all; I would love to do that actually. I would love to write these stories completely from my imagination but there’s always been a strong biographical element to the songs. I became a musician because I felt I had something to say. If I’m writing a song and it doesn’t feel important, then I scratch it. It has to feel important…but if it’s self-important I scratch it also!”

Kill J has released five tracks so far over the course of a year or two, do you feel any pressure to release an album or is it a case that the industry allows this way of releasing music more than it used to, and it's a good way of working for yourself and other artists like you?

“I think you’re asking me two questions…yes, I have felt pressure but also I wasn’t a musician ten, fifteen years ago. It’s true the industry has changed because of the way we’re listening to music now. There is less of an expectation for an artist to drop a ‘classic’ album as there was ten years ago…but I do wanna drop an album and I do wanna drop EPs…there’s just been a lot of shit to deal with which I haven’t been able to talk about. This is a solo project now and it has been for a year; there’s been a lot of structural changes and it has taken a while for me to become the boss of this project.”

And are you happy to be the sole boss of Kill J now?

“Absolutely! It was always my baby and it’s even more so now. I am so incredibly grateful for it.”

Finally, are you looking forward to your appearance at Ja Ja Ja?

“Oh yes, absolutely! It’s something that’s very special when you go to another country and they know your music. I went to Madrid and I expected no-one to show up, but they did. It’s sort of crazy – I’m definitely looking forward to Ja Ja Ja. I’ve heard lots of other Danish musicians talk about it, and saying it’s a great experience and I’m definitely looking forward to it.”

KIll J performs on October 29 at the Lexington for the Ja Ja Ja Club Night in London with Loveless and MAASAI. Tickets are available now at only £5 to Ja Ja Ja Members, and £8 on the door. You can also sign up to become a Ja Ja Ja member absolutely free of charge.