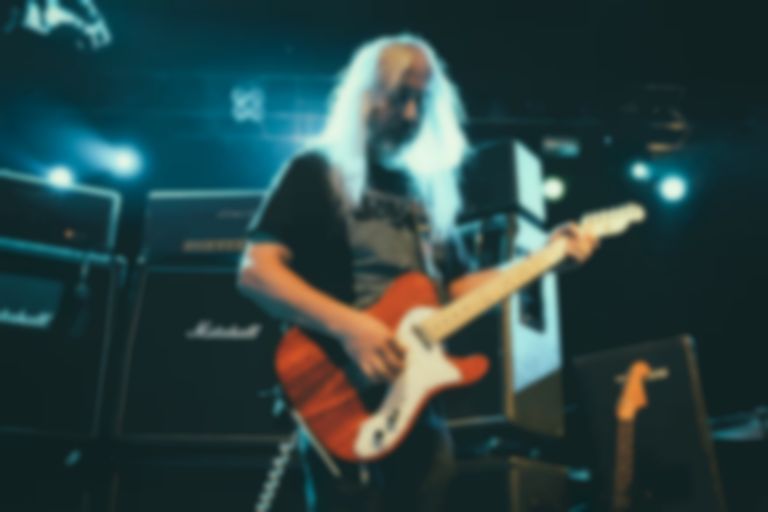 Dinosaur Jr. frontman J Mascis decided to pick up the karaoke mic in a half-empty bar in Massachusetts for a cover of Tom Petty's "Don’t Do Me Like That".

At a karaoke night in Provincetown, Massachusetts, J Mascis of Dinosaur Jr. surprised the half-empty room with his distinct vocals.

Covering Tom Petty's "Don't Do Me Like That", Mascis appeared awkward without his guitar, but his vocals said the complete opposite.

With his nasal sound pulsating through the room, the video was soon uploaded by Ryan Bakerink to Facebook with the caption, "When you’re at a bar in Provincetown, MA and J. Mascis from the amazing band Dinasour Jr randomly goes up and sings karaoke. Life is rad."

Although the video first appeared on Facebook, SPIN were first to pick up on the bizarre, yet fantastic video of J Mascis.

The Dinosaur Jr. frontman nailed his Tom Petty cover, even though it's a leap away from Dinosaur Jr.'s fuzz-fuelled sound.

Dinosaur Jr. released their newest single "Hold Unknown" in March, and are still to follow up 2016's Give A Glimpse Of What Yer Not.

The band are currently on tour in the US and Canada. Find out more information.