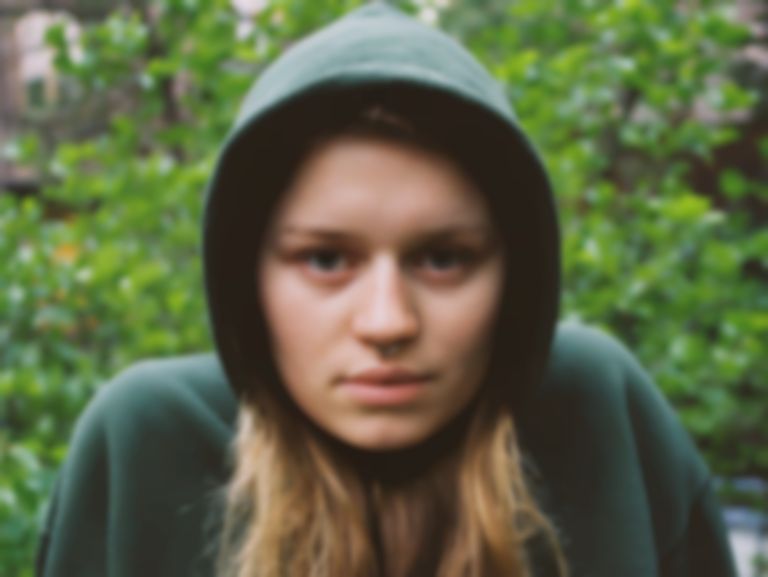 girl in red has returned with her new single "rue", which is a first taster of her highly-anticipated debut album.

"rue" is girl in red's first new outing since April's "midnight love", and arrives with a visual directed by Niels Windfeldt.

Marie Ulven, aka girl in red, says of her new release, "I wrote this song for my loved ones who are affected by my mental health. I will always try my best to get better for them, and I am forever grateful for their presence in my life."

Ulven first started creating "rue" when she began playing the chord progression while trying out acoustic guitars at the Guitar Centre in Times Square. Ulven worked on the song from her tour bus, and saw similarities between herself and Rue from the HBO series Euphoria. Ulven says, "She is a drug addict, which I'm not. But a lot of the stuff she's felt and is trying to escape from is shit I'm dealing with all the time."

Speaking to Insider in June about her forthcoming debut album, girl in red said, "It's definitely more mature. My grandma even said it: 'Marie, you've grown so much this past year.' So I feel like my new music sort of reflects that growth, that's sort of been off-screen. Nobody has seen it because it's not really been in my music yet."

girl in red's new single "rue" is out now. Her highly-anticipated debut album is yet to be announced.