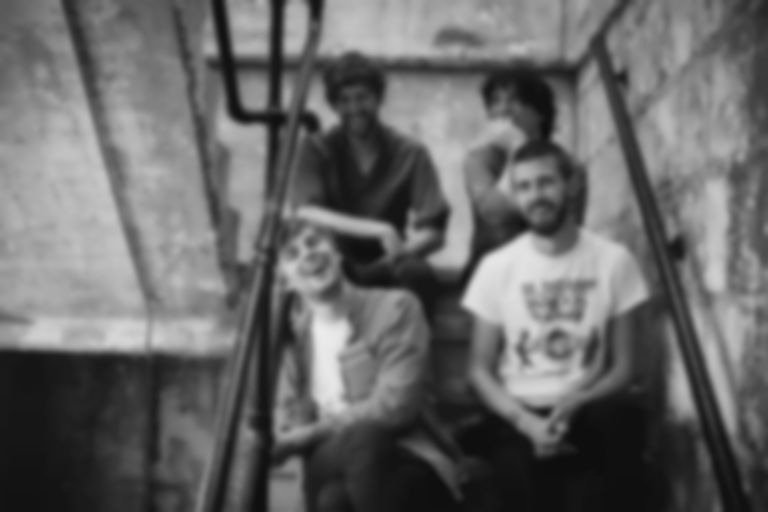 Girl Band have cemented their return with news of their second album The Talkies, as well as unveiling the gripping lead single "Shoulderblades".

"Shoulderblades" was first announced last month when Girl Band confirmed their return. It's their first single since their 2015 debut album, Holding Hands With Jamie.

Their upcoming album The Talkies was recorded in November 2018 at Ballintubbert House outside of Dublin, and is produced by the band's bassist Daniel Fox.

Speaking about the record, guitarist Alan Duggan says, "In many ways the idea behind the album was to make an audio representation of the house."

Fox adds, "We recorded all the drums twice: once on the landing and once in the cellar, and during production we could actually cut in between both these sounds."

"Shoulderblades" is out now. The Talkies lands 27 September via Rough Trade. Girl Band will play London's Electric Ballroom on 5 November. Find out more.