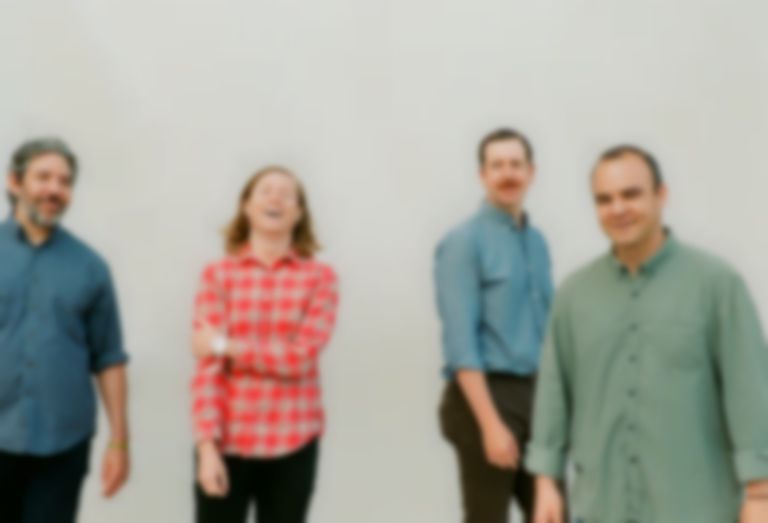 Future Islands have returned with new single "For Sure" - their first in three years.

After teasing their return on socials over the past week, Future Islands have finally released their comeback single "For Sure", which also features backing vocals from Wye Oak's Jenn Wasner.

Future Islands wrote of their new single on Instagram earlier this week, ""For Sure" is a song about love and trust, because one cannot exist without the other. It’s a summer song, where love is the sea, and trust is giving us the courage to jump. And love is waiting. Trust is waiting. It’s a song about opened doors and closed ones. Ones that open into the world and ones that never close."

They added, ""For Sure" was written in the summer of 2018 but it’s coming out in a very different kind of summer. So many people around the world are far away from those we love, unable to hold them, through fear of sickness and death, or quarantined by closed borders. And all we can do is wait, hold on to that love, and trust those around us to make the right decisions. So that hopefully, next summer, we’ll be back together, on that precipice, jumping into the sea."

"For Sure" is the group's first new single since their 2017 LP The Far Field.

Future Islands' "For Sure" single is out now.