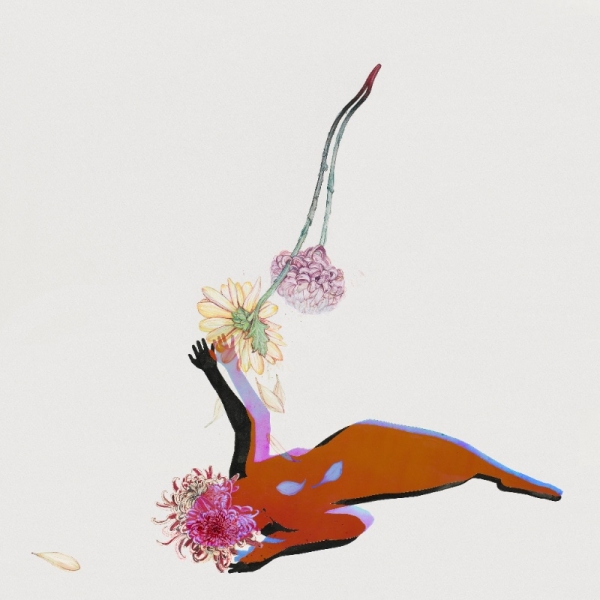 There was something about the manner in which Future Islands announced their fifth record, semi-anachronistic in its conventionality, which felt refreshing to me.

Although I’m no golden-ager, vainly mourning the passing of the “traditional” major-label record industry, it felt somehow appropriate to receive the announcement of The Far Field with a few months’ lead time ahead of its release, along with a beautiful, balanced visual identity for the album, a rigorous tour schedule and, above all, a terrific lead single, “Ran”, which serves as a thrilling microcosm of its parent LP. Future Islands have built up their fiercely loyal fanbase the old-fashioned way: by virtue of ceaseless touring, dedicated, workmanlike songwriting and an insatiable commitment to transformative, uncompromising live performance.

It seems fitting, then, that “Ran” is a proper single. It welcomes us back into the FI fold with its echoes of the numerous glories of Singles and On The Water, and rewards our return with further-refined iterations of those qualities for which many fans will have originally fallen in love with this band. Yet it is a more cautious, subdued beast than “Seasons (Waiting On You)”, the song with which Future Islands trumpeted the release of their previous LP via that Letterman performance. The hooks are still present and correct, as is frontman Samuel Herring’s arresting combination of vocal eccentricity and sincere, down-home lyricism, but the triumphalism that made “Seasons…” such a striking introduction to this remarkable band for a considerable proportion of their followers is markedly absent. In its stead is a quiet, unobtrusive sadness, flecked with images of timeless melancholy (“How we lose control on these roads, how it sings as it goes”), yet ultimately driven by the suppressed optimism of the melodies upon which those images are delivered. By extension, The Far Field, though closely related to Singles, is a far more introspective work than its predecessor. Not that Future Islands have displayed any particular aversion to self-examination in the past – their discography bursts with keenly-observed parables of love, family and heartbreak – but on this record, Herring’s anxieties are more eloquently expressed in his lyrics and more sympathetically framed by Gerrit Welmers and William Cashion’s instrumental arrangements than ever before. In lesser hands, lines like, “Is this a desperate wish for dying? Or a wish that dying cease? The fear that keeps me going and going and going is the same fear that brings me to my knees” (on “Cave”), would seem insufferably mopey and lumpen. Yet as these words are squeezed through the cast-iron wringer that is Sam Herring’s throat, contextualised by the hollow-stare desperation of Welmers’ synthesisers, you believe them.

As haunting as this album can be – far more so than anything Future Islands have released in the past – their trademark warmth is never far away. They’ve always managed to negotiate the fine lines between cliché and classicism, familiarity and experimentation with astounding elegance, and as much as certain instrumental passages might flirt with kitsch on occasion, the band are invariably saved from their own naffer tendencies by the sheer, passionate humanity that they pour into every track. Similarly, the band can usually be forgiven for their frequent, brazen imitations of certain forbears – New Order and the Pet Shop Boys cast particularly long shadows over The Far Field (tracks like “Day Glow Fire” would fit snugly into Power, Corruption and Lies) – thanks to panache with which they are presented.

The more time I spend with this album, the more I suspect that its creators may be in the process of securing their place in the lineage of the Great American Rock Band. As R.E.M., Springsteen and, latterly, Wilco and The National were able to do before them, Future Islands seem to communicate certain fundamental truths about the travails and triumphs of themselves and their compatriots with an eloquence that is unparalleled by virtually any of their current peers; moreover, they have obtained access a significant international audience for their ideas without compromising their artistic approach. Now, I’m well aware that I am writing these words from an English perspective, but I can’t shake the feeling that amid the tumult of today’s America (and its echoes here in the UK), the voices of unflinchingly honest, humane artists like Future Islands will only increase in their importance. We have much to learn from them.