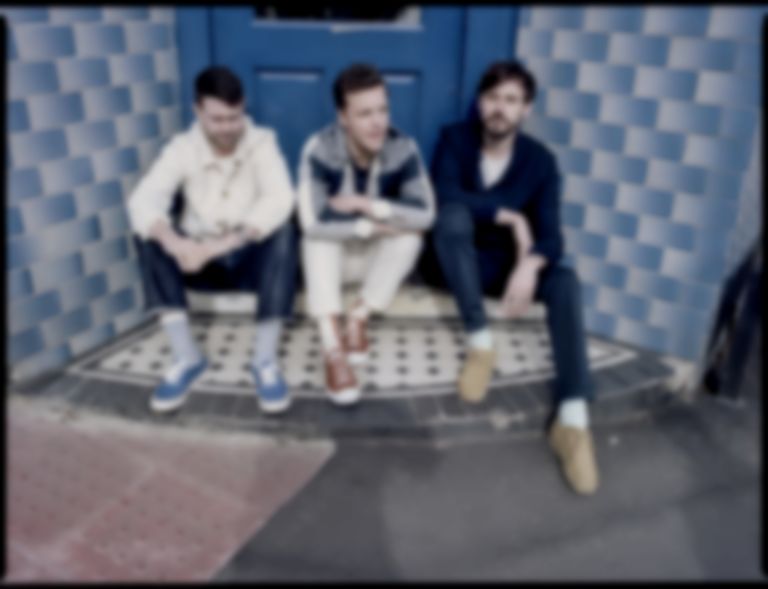 Friendly Fires team up with Disclosure for tropical club banger "Heaven Let Me In".

Friendly Fires last teased us with new material back in April with "Love Like Waves".

Before that the tropical trio hadn't released a record since 2011's Pala, apart from a double A-side single with The Asphodells back in 2014.

Speaking about the new offering, frontman Ed Macfarlane explains, ""Heaven Let Me In" is a song about being comfortable in your own skin. When you stop trying so hard and embrace your
imperfections then opportunities arise and doors open."

The collaboration with Disclosure isn't too much of a shock as Macfarlane contributed guest vocals to the duo's debut album on "Defeated No More".

Celebrating their return to music, Friendly Fires will be hosting a series of parties across the UK in November and December. Speaking about their forthcoming all-nighter parties, Jack Savidge of Friendly Fires explains, "We wanted to make these shows more 'party' than 'gig' as an experience...we've done that in the past with our Coronet and Brixton late night shows back in the day. Intimate venues, DJs before and after we play, the band fitting into the narrative of the night rather than being the key spectacle. It speaks to the roots of our live show, and is a pure expression of how we see this project of ours. We've always aimed our live shows squarely at the dance floor, and steeped ourselves in the music and culture of clubs, and these nights will be a full celebration of that."

Friendly Fires will play at London's Oval Space on 29 and 30 November, with help from Ross From Friends, Space Dimension Controller, Vonica, Alex Metric and Ten Yen. Find out more.

"Heaven Let Me In" is out now via Polydor.