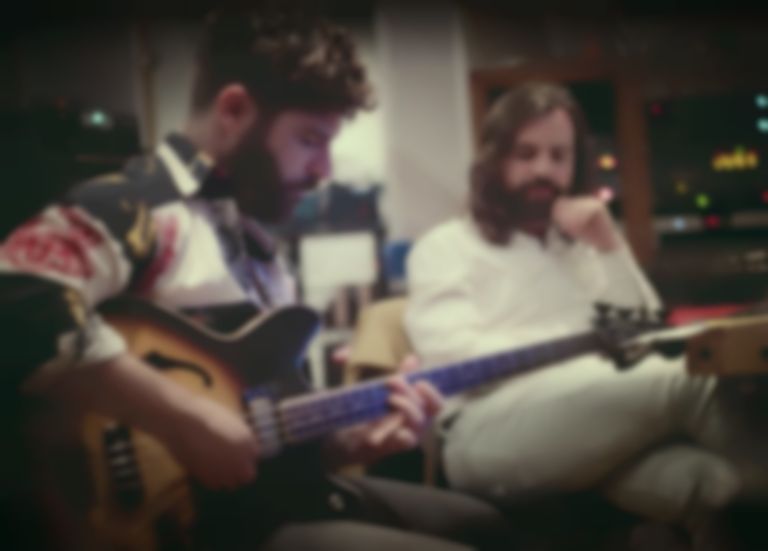 Foals have unveiled the first episode of their FBC Transmission series, which shows the making of their Everything Not Saved Will Be Lost Part 1 single "Exits".

On Wednesday (29 April), Foals teased a new series titled FBC Transmission. It wasn't clear at the time what the series would consist of, as the teaser included clips from the studio, live shows, and interviews.

Today (1 May), the band have shared the first clip of their new series, and it's a behind-the-scenes video into the work that went behind their Everything Not Saved Will Be Lost Part 1 single "Exits".

It sees them working in Paris' Studio La Marquise alongside co-producer Vincent Taurelle.

The series is curated by Rip Up The Road documentary director Toby L and frequent collaborator Kit Monteith, and will show unseen material from the making of their two albums of 2019.

Toby L and Monteith say of the Transmission series, "The cameras have been rolling more or less non-stop for the past 18 months, from the creation of the band’s recent albums, all the way through to the ENSWBL world tour. We wanted to re-inhabit those moments in a time where it feels that introspection is more important than ever, offering new glimpses into what has been such a crucial era for the band and society at large. Every week’s missive will provide a concise, intimate insight into the band’s world, alternating week on week. We hope each one has the potential to, in some small way, brighten your day."

Foals will take part in Tim Burgess' #TimsTwitterListeningParties on 4 May, which will see them revisit their 2013 LP Holy Fire.