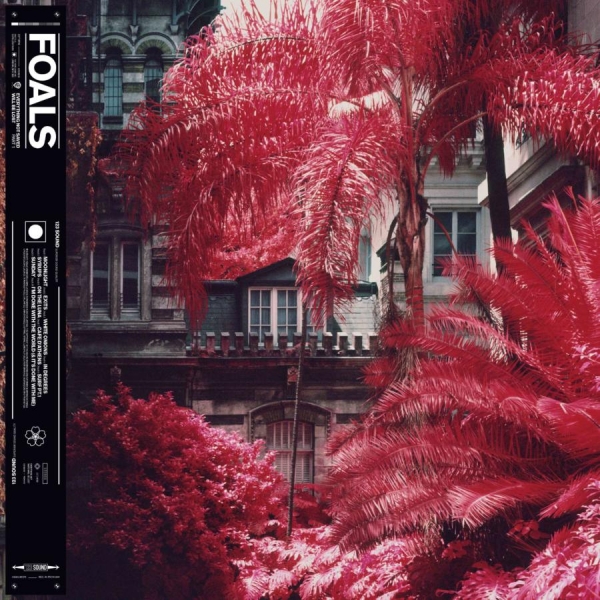 Foals’ latest is a declaration: a calculated line in the sand between what was and what remains for the band in the wake of loss.

For Foals, the loss has been twofold. Having amicably parted ways with bassist Walter Gervers during 2017, and having seen many of their contemporaries fall by the wayside, it is apparent that Foals have something to prove.

Throughout a career spanning over a decade, the band have retained their success, proving their ability to mould and metamorphose audibly between releases and Everything Not Saved Will Be Lost – Part 1 is no exception in this regard. Having self-produced the album, it feels as if the band have now produced an album totally representative of their musical intentions.

This is obvious when listening to the stellar “Exits”, a song which bristles with classic anthemic swagger and relentless bravado, splicing the jangly high-fret guitar motifs from Antitodes and the rock bombast from What Went Down effortlessly.

Equally impressive is the marimba-laden "Café D’Athens", which sounds much like Foals channelled through Steve Reich and results in one of the most sonically stimulating songs from the band to date. Resplendent in wild syncopated drums and wailing vocals, it acts as the perfect intersection between where Foals have come from and hints at where they’re planning on going.

In fact, most of the songs in the album are in some way surprising; all due to the bands rekindled efforts at melodic experimentation. It is clear however that this experimentation has come at the cost of consistency and Foals' latest does stumble under the weight of its own ambition. Whilst there are excellent tracks like the aforementioned “Exits” there are also baffling additions like the vapid “Surf Pt.1” and the lengthy “Syrups” and “Sunday” which, whilst interesting, risk outstaying their welcome at the 5-minute mark.

I suggested earlier that Foals are excellent at transforming their sound between releases, yet this sonic experimentation has never really occurred within a single release.

The first part of this double release moves between motifs so regularly it is at best urgent and at worst distracting. The album houses everything from funk to rock to light, dancey pieces and whilst enjoyable, it moves between them with such reckless abandon that no major through-lines really ever present themselves.

Foals' new direction is as exciting as it is flawed, and although it isn’t executed to perfection there is serious potential here. Part 2, to be released this autumn, has already promised to contain some of the band's heaviest material to date; an intriguing prospect indeed.