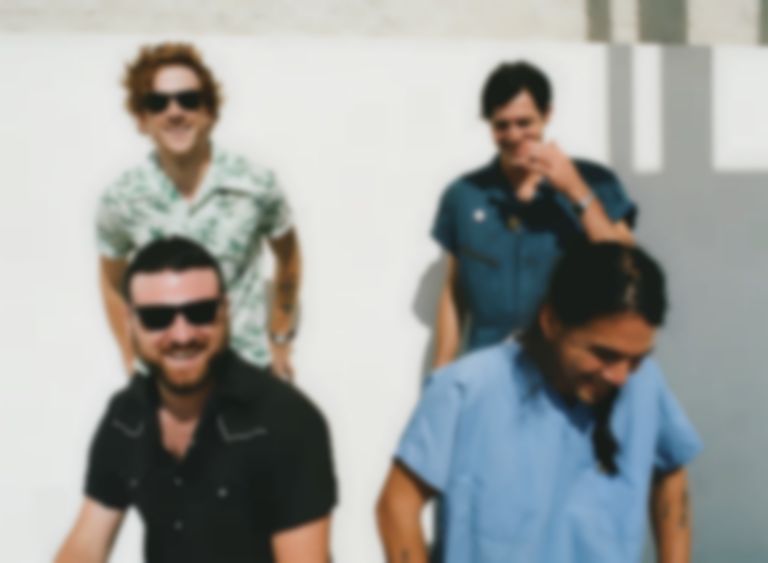 "Can't You See" is potentially one of the tamest offerings so far from LA quartet FIDLAR.

The new track arrives after earlier singles "Are You High?", "Too Real" and "Alcohol".

Vocalist and guitarist Elvis Kuehn says the new track "is about believing you need external things to be fulfilled, when really that comes from within yourself. Play it loud while driving around Los Angeles and it’ll make sense."

Alongside the new single, the skate-punk fourpiece have revealed details of their third album Almost Free.

Kuehn added, "Almost Free feels like a step forward for us in a lot of ways. We tried to be true to ourselves and let the music come out naturally, without fear of how people would receive it."

"Can't You See" is out now. Almost Free is available to pre-order, and lands on 25 January through Mom & Pop. FIDLAR tour the US next week. Find out more.