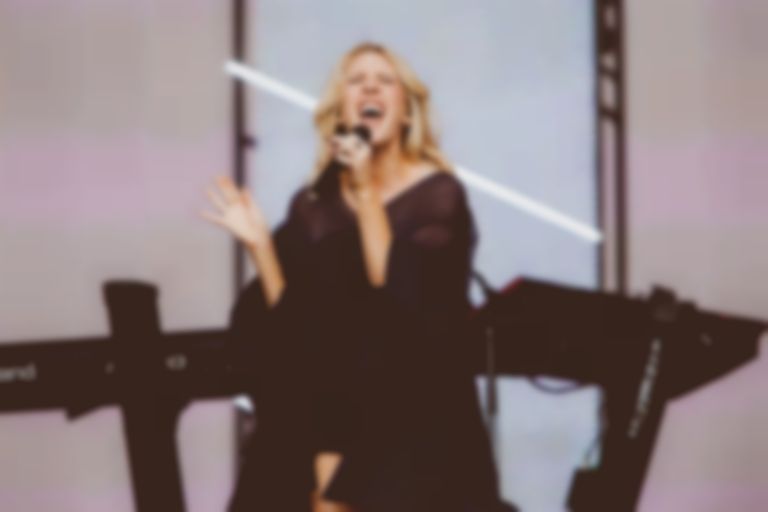 Ellie Goulding has posted a response after The 1975's Matty Healy hinted that people only stream Goulding's singles rather than buying her albums.

Healy used Goulding as an example in a recent interview with Beat Magazine when talking about streaming and actual album releases. He said, "The artists whose single streams are in the billions, people don’t buy their albums, necessarily."

The 1975 vocalist then went on to explain his point, using Goulding as an example, "Ellie Goulding [for example]. People will listen to her music at the gym and they will listen to it on playlists. They’ll put the Pop playlist on and it will get out there. When it comes to her putting out a record, which is someone saying, 'Will you invest in my lifestyle?' or, 'Do you want to invest in me, as an idea?'… I have a lot of ‘Yes, I want to invest in you as an idea’, and less, 'I’ll pop this on when I’m doing whatever'."

Goulding has since responded to Healy's comments on her Instagram Story, writing, "I've had 3 multi platinum albums so I feel like people have been fairly invested but ok i'll let you have it."

Ellie Goulding responds to Matt Healy of The 1975 after he suggested that people aren’t invested in her enough to listen to a full album:

“I’ve had 3 multi platinum albums so I feel like people have been fairly invested but ok I’ll let you have it.” pic.twitter.com/UUQROf4bUM