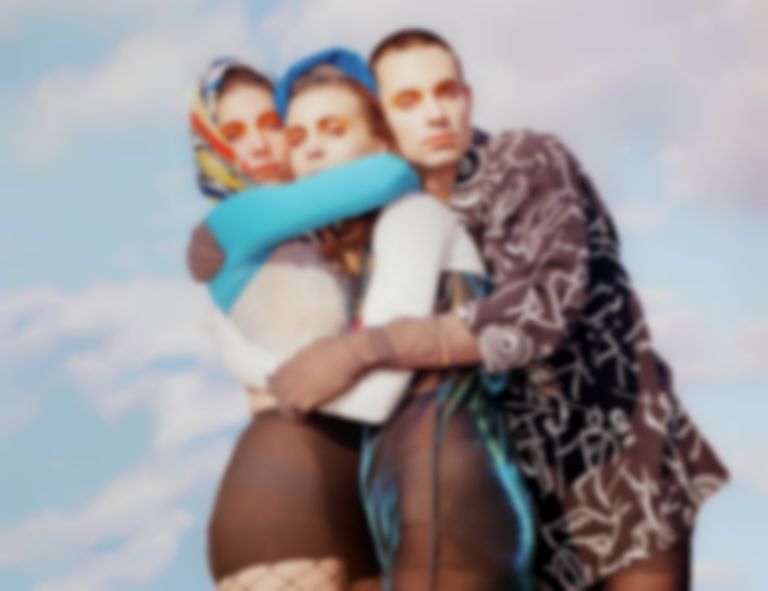 On the video, the trio explain, "We wanted to expand further on the idea of a post-identity oneness which we allude to in the album cover photo. We envisioned a state where we could go beyond the liminalities imposed by our bodies, genders, and senses of self. This state, or future form, (actually its quite archaic) is a merging of our beings into an all-powerful super body. It's bare and vulnerable, with its mechanisms exposed for all to see, yet is perfectly suited for the world today; in its multi-faceted communal nature, it's strong enough to take on all forces. Let Yourself Be Seen!"

Let Yourself Be Seen is Doomsquad's follows on from their 2016 sophomore release Total Time.

Doomsquad explain more on their new record, "Let Yourself Be Seen was fuelled by the inspiration of outsider artists and thinkers before us. Through these songs, we get to glorify some of our heroes."

The three-piece add their new record aims to "crystallise what Doomsquad is and what it means to us. What we always knew but put at the forefront of this record is that Doomsquad is a project of protest, catharsis and emotional and spiritual reconnection through music and, especially, through dance-music culture. It’s about activating the body on the most fundamental level, into states of change, release and reunion."

"General Hum" is out now. Doomsquad's Let Yourself Be Seen drops 10 May via Bella Union.