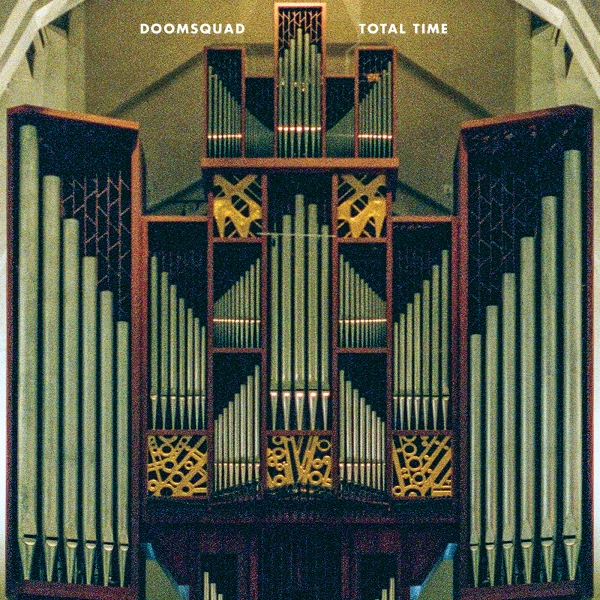 Teleporting from the Ontario forest to the New Mexico desert, and swapping their debut album Kalaboogie’s cavernous reverb for up-close and physical bass thump, Total Time is the next stage of Doomsquad’s evolution from accidental folk experiment to technicolor dance utopianists.

Sibling dynamics are common in bands, but Doomsquad do the brother and sister (and occasional brother-and-sister) acts one better by being a family trio. The Toronto-based Allie, Jaclyn, and Trevor Blumas were steeped in arts education since their elementary school days, and began to play together in 2010 after living apart in different cities across Canada. Last year’s Pageantry Suite EP emphasized the wiry funk guitar chords and lyrics that search for some deeper truth that Total Time reinforces with thicker production and weighty low end, in part courtesy Holy Fuck’s Graham Walsh, who also mixed the record.

The guest list for Total Time’s transcendental party is fittingly eclectic: guitarist Mike Haliechuk of Fucked Up, members of HUREN, North America, and Not the Wind, Not the Flag, and even singer/actress Mary Margaret O’Hara, who provides the vocals on “The Very Large Array”. DOOMSQUAD’s enlightened throb flows steadily from start to finish, peaking in places like “Pyramids on Mars”. There, the group’s Now Age inclinations fuel dream-state ruminations (“Should I understand/From the ghostly spectrum/That illuminate my eyelids/When they’re closed”) which at times coalesce into more pointed observations (“Is the dream of new frontiers now packaged goods?”).

DOOMSQUAD’s neo-Aquarian philosophies have a pleasantly surprising earnest streak running through them, however. Stomping first single “Solar Ass” is in fact a song about a donkey (“My burro/My hero/My ass”), as a symbol of all those things that ease our burdens but which we don’t typically celebrate. Total Time’s earthly escapism has stars in its eyes and dirt under its fingernails.