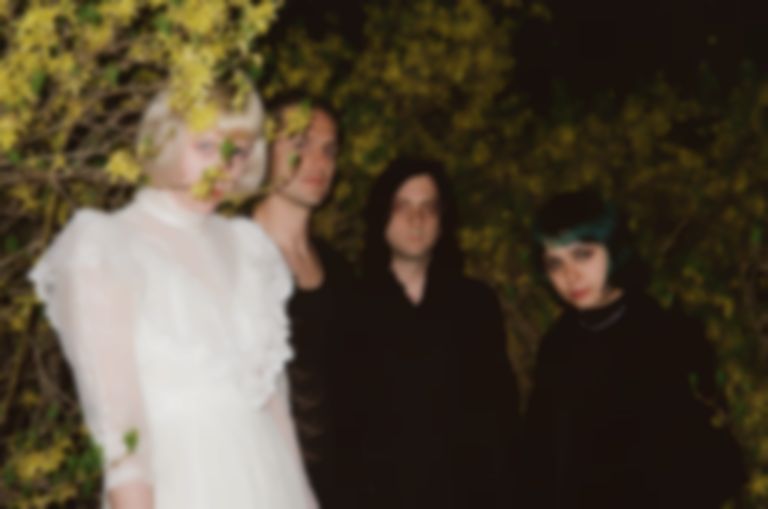 Canadian rockers Dilly Dally give another glimpse of their forthcoming Heaven record with the irrefutable new track "Doom".

"Doom" is the third track to be revealed from their forthcoming album, following on from "Sober Motel" and "I Feel Free".

Monks' careening vocals are undoubtedly distinctive, and provide a whirlwind of a journey with their thunderous instrumentals.

The blistering delivery is an ode to perseverance, as vocalist and guitarist Katie Monks explains, "The song is about preserving your spirit despite all odds. When your friends are out of reach, and you feel like you could fall forever into a deep depression, this song is asking you to catch yourself. It’s so hard to admit sometimes that we are all fragile. And it’s up to each of us as individuals, to take responsibility for our own happiness."

She adds, "Even if glimpses of beauty seem few and far between. Hold on to those moments as though they were a part of your own body, and crucial to your existence. Because...they are."

Heaven was recorded in Toronto and produced by Rob Schnapf (Elliott Smith, Beck).

Monks says of the album, "This feels like the album we’d make if the band died and went to heaven."

Dilly Dally's sophomore LP Heaven lands on 14 September via Partisan Records. The Toronto group are currently on tour in the US and tour Europe this October, with a sold-out date at London's Sebright Arms. Find out more.