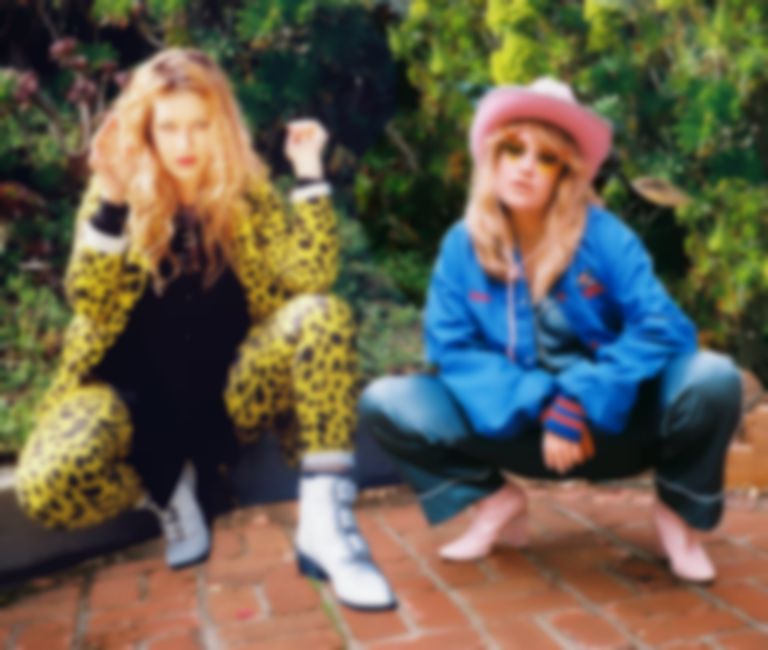 Deap Vally have shared details of their upcoming album MARRIAGE, and have released new cut "Magic Medicine" to accompany the news.

After releasing their Digital Dream EP in February, Deap Vally are back with news of their new album MARRIAGE.

The album is announced alongside a new single titled "Magic Medicine", which will feature on the record alongside "High Horse" with KT Tunstall and Peaches and "Look Away" featuring Warpaint’s jennylee.

Lindsey Troy and Julie Edwards say of the new release, ""Magic Medicine" is a song 5 years in the making, born in Allen Salmon’s Nashville studio, and raised in Josiah Mazzaschi’s Cave Studio back in LA. Initially a song about being high on what-have-you (body chemistry, lab chemistry, nature’s chemistry) the lyrics have taken on a new meaning in the era of coronavirus, a moment when more than ever we need a miracle cure to make it safe to have fun and feel free again."

MARRIAGE will follow Deap Vally's 2020 collaborative album with The Flaming Lips - Deap Lips - and will include a new collaboration with Jennie Vee.

Deap Vally add of the album, "Being in a band is like being in a marriage: sometimes it’s magical, sometimes it’s unbearably challenging. To reinvigorate that marriage we’ve made album three a genre-bending experiment with new collaborators and instrumentation that push the limits of what has previously defined us. MARRIAGE is our musical Rumspringa, if you will. We’re breaking free of the rigid creative constraints within which we previously existed (two members, two instruments, two voices). Writing with the calibre of musicians that we did on this record - like jennylee, KT Tunstall, Peaches, and Jennie Vee - was an unforgettable experience, and we’re so happy to have the result of our creative rebirth eternalised in MARRIAGE."

"Magic Medicine" is out now. Deap Vally's MARRIAGE album will follow on 19 November via Cooking Vinyl, and is available to pre-order now.