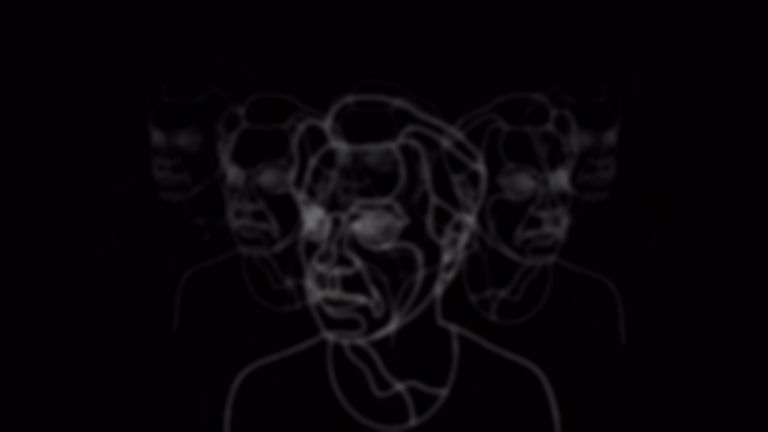 After lots of hints and one unfortunate Amazon slip-up, David Byrne has confirmed that he's got a new record on the way.

The former Talking Heads frontman has also shared the first single from his new LP American Utopia - it's called "Everybody's Coming To My House" and it's pretty darn funky. It features co-writing from Brian Eno, with input from TTY, Happa Isaiah Barr, and Sampha.

Byrne has also shared an open letter explaining a bit more about the LP:

Is this meant ironically? Is it a joke? Do I mean this seriously? In what way? Am I referring to the past or the future? Is it personal or political? These songs don’t describe an imaginary or possibly impossible place but rather attempt to depict the world we live in now. Many of us, I suspect, are not satisfied with that world - the world we have made for ourselves. We look around and we ask ourselves - well, does it have to be like this? Is there another way? These songs are about that looking and that asking.

This album is indirectly about those aspirational impulses. Sometimes to describe is to reveal, to see other possibilities. To ask a question is to begin the process of looking for an answer. To be descriptive is also to be prescriptive, in a way. The act of asking is a big step. The songs are sincere - the title is not ironic. The title refers not to a specific utopia, but rather to our longing, frustration, aspirations, fears, and hopes regarding what could be possible, what else is possible. The description, the discontent and the desire - I have a feeling that is what these songs touch on.

America, or to be correct - the United States - was founded as a utopian experiment. One can point out that yes, there were less than noble business interests at play, and this experiment applied only to white males of means, much of which is still true. Clearly there was poison in the well, and much of what was built was built on the backs of slaves, with half the country disenfranchised. There was genocide, exploitation and land grabs. But I’m talking about perception, which is different than reality. The perception was (past tense) that here might be a new way of living, of cooperating with one another, even if the experiment was being played out only by a portion of the population. The rest of the world, for a long time, viewed the American experiment as exciting, noble and something to be emulated - at least in the ways it succeeded. It was viewed as a fresh start, a place where old, ingrained ideas could be jettisoned, and a world of both fairness and opportunity could be established. Though it never did succeed in all its aims, enough of them were realized in its brief history to give hope to many.

Now it seems - in this place, and in others - we are seeing those dreams, those possibilities, being withdrawn. The experiment seems on the verge of complete and utter collapse. So naturally, we now ask ourselves - was it too much to ask? Were we wrong about how humans can be? Can we start over? Is there another way? A different way? Do we have any choice in the matter? This asking is a good sign.

I have no prescriptions or surefire answers, but I sense that I am not the only one looking and asking, wondering and still holding onto some tiny bit of hope, unwilling to succumb entirely to despair or cynicism.

It’s not easy, but music helps. Music is a kind of model - it often tells us or points us toward how we can be.

Byrne has a lengthy list of live dates in the diary for the months ahead - find out more.

American Utopia is out 9 March via Todomundo/Nonesuch.