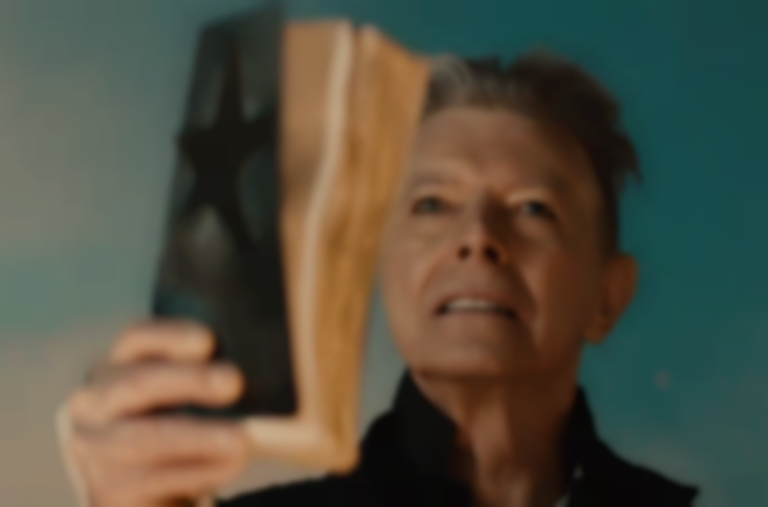 There are more secrets to be found in the art for David Bowie's Blackstar, according to designer Jonathan Barnbrook.

UPDATE: It looks like one fan has found another secret (via The Vinyl Factory).

You may have heard what happens if you expose it to sunlight. Well, it turns out that if you put the Blackstar LP under a blacklight.... pic.twitter.com/WvDg7xkF8t

Original Post: Barnbrook, the man behind the art for all of Bowie's records since 2002's Heathen, spoke to BBC Radio 6 Music's Mary Ann Hobbs about further surprises lurking in the vinyl edition of Blackstar - surprises no one has yet stumbled upon.

One secret has seen the light of day, but as Barnbrook explains, there's more waiting intrepid Bowie fans...

“There’s actually a few other things as well... actually, there’s one big thing which people haven’t discovered yet on the album. Let’s just say, if people find it, they find it, and if they don’t, they don’t. And remember what Bowie said about not explaining everything... there are a lot of other things going on that aren’t at the surface. I do hope people see them. Not necessarily straight away.”

Bowie's final studio record Blackstar was released just days before he passed away earlier this year.

Listen to Barnbrook discussing Blackstar's art with Mary Ann Hobbs, and then check out the full interview.