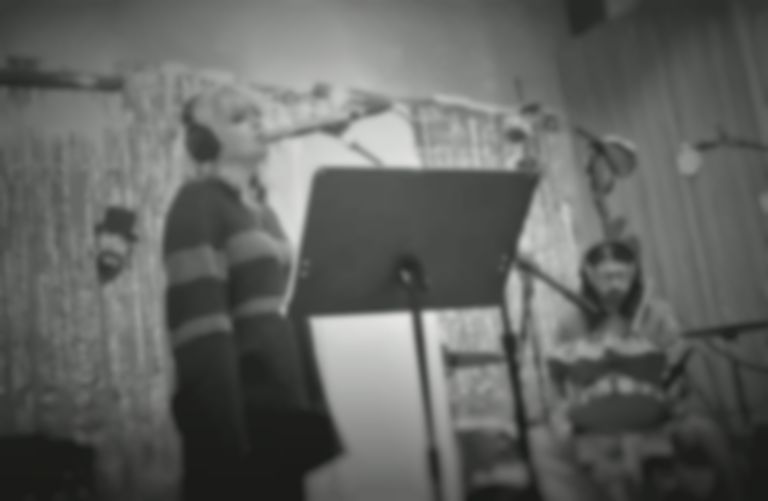 Dave Grohl and Greg Kurstin have unveiled their fifth cover for the 2021 edition of The Hanukkah Sessions, and it sees Grohl's daughter Violet cover Amy Winehouse's "Take The Box".

Last Sunday (28 November) Grohl and Kurstin kicked off the second year of The Hanukkah Sessions, which sees the collaborators cover eight songs by eight different Jewish artists for each night of Hanukkah.

They started the 2021 edition with a cover of Lisa Loeb's "Stay (I Missed You)", and for night two they tackled Ramones' "Blitzkrieg Bop". For the third night of Hanukkah, Grohl and Kurstin delivered a fun version of Barry Manilow's 1978 party classic "Copacabana", and the next night they followed it up with their cover of Van Halen's "Jump".

For the fifth night of Hanukkah, Grohl recruited his talented daughter Violet - who previously performed with Foo Fighters on Colbert, and covered X’s "Nausea" with her rock legend dad - to take the lead on vocals for a cover of the late Amy Winehouse's "Take The Box".

The 2020 edition of Grohl and Kurstin's The Hanukkah Sessions saw them cover songs by The Velvet Underground, Bob Dylan, Drake, Peaches, Elastica and more.

In October Grohl released his first book The Storyteller.