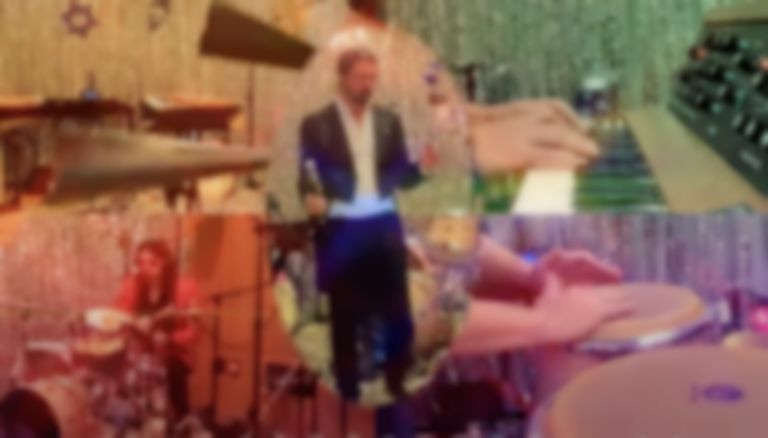 Dave Grohl and Greg Kurstin have unveiled a cover of Barry Manilow's "Copacabana" for the third release of their 2021 edition of The Hanukkah Sessions.

On Sunday (28 November) Grohl and Kurstin kicked off the second year of The Hanukkah Sessions, which sees the collaborators cover eight songs by eight different Jewish artists for each night of Hanukkah.

The first night saw the duo cover Lisa Loeb's "Stay (I Missed You)", and for night two they tackled Ramones' "Blitzkrieg Bop". For the third night of Hanukkah, Grohl and Kurstin delivered a fun version of Barry Manilow's 1978 party classic "Copacabana".

The 2020 edition of Grohl and Kurstin's The Hanukkah Sessions saw them cover songs by The Velvet Underground, Bob Dylan, Drake, Peaches, Elastica and more.

In October Grohl released his first book The Storyteller.

Dave Grohl and Greg Kurstin's cover of Barry Manilow's "Copacabana" is out now.