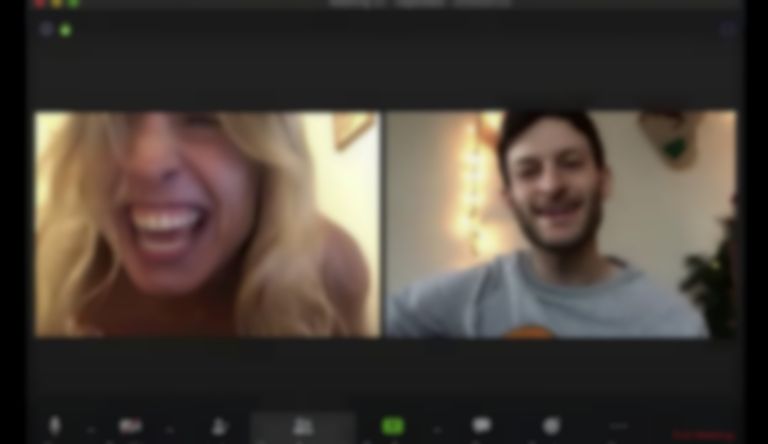 Charly Bliss and PUP have joined forces to release a new Christmas song titled "It's Christmas and I Fucking Miss You".

The track was first debuted during Charly Bliss' festive livestream last week, and has today been given an official release with a DIY music video featuring clips from the pre-COVID world and performances captured over Zoom.

Charly Bliss' lead vocalist Eva Hendricks says of the track, "Our managers have been trying to get us to write a Christmas song for years and we’ve never followed through. But we decided that enlisting our friends in PUP would at least make it fun. We never imagined we’d be so proud and absolutely thrilled as we are by the results. We tried to write a song that reflects the absolute insanity of this year and the fact that everyone in the world is stuck missing someone this holiday season and probably feeling a similar combination of emo, angsty and vulnerable!!!!"

"It's Christmas and I Fucking Miss You" marks Charly Bliss' first release of 2020, and follows their 2019 cover of "All I Want For Christmas Is You". The song follows PUP's October EP This Place Sucks Ass.

Charly Bliss and PUP's "It's Christmas and I Fucking Miss You" is out now.