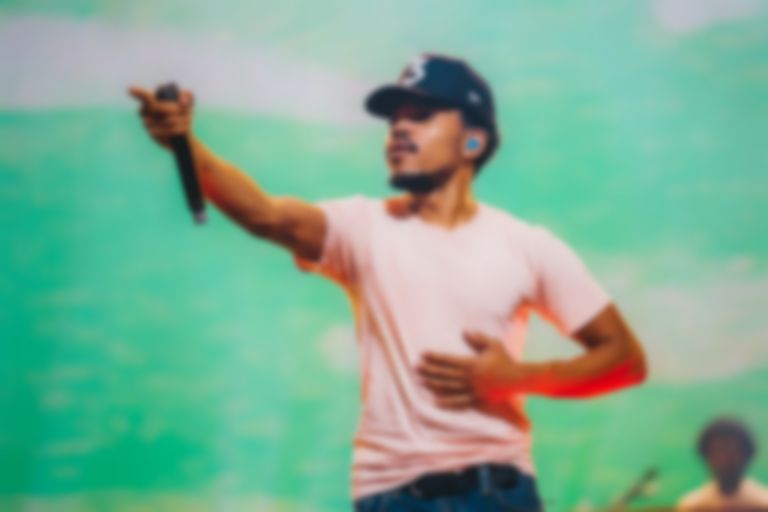 It might not be an album, but Chance The Rapper has kept fans happy with a surprise drop including four new tracks, one of which reveals his new venture.

"Work Out", “Wala Cam”, “I Might Need Security”, and “65th and Ingleside” are the four new tracks Chance The Rapper has decided to share ahead of his Special Olympics’ 50th Anniversary concert on Saturday.

"I Might Need Security" brings the biggest reveal of he four, as the rapper uncovers that he is the owner of dormant local press outlet The Chicagoist, rapping, "I bought the Chicagoistjust to run you racist bitches outta business.”

In an interview with Gothamist, Chance The Rapper explained, "I’m extremely excited to be continuing the work of the Chicagoist, an integral local platform for Chicago news, events and entertainment."

"I look forward to re-launching it and bringing the people of Chicago an independent media outlet focused on amplifying diverse voices and content."

He also makes reference to collaborator Donald Glover (aka Childish Gambino) on "65th & Ingleside", "All my raps was about suspension / Then one day Donald took me on tour / Young, broke Chano ain’t broke no more.”

Chance The Rapper revealed these four new tracks ahead of his Special Olympics’ 50th Anniversary concert.

Earlier this year, he revealed to Chicago Tribune he would be releasing an album before his performance, but just yesterday (18 July) he backtracked, stating "Sorry, no album this week, def been in the stu tho."

Sorry no album this week, def been in the stu tho.

The rollercoaster journey for fans almost came to an abrupt halt when he denied a new album, but instead he's surprised fans with four new tracks.

Despite not sharing any collaborations with Gambino or fellow Chicago rapper Kanye West just yet, it is apparent that Chance The Rapper has been working with the two of them separately as he revealed to Complex's Peter Rosenberg, "I’ve been actively working on a project with Childish. I’m going to do a seven-track with Ye…"