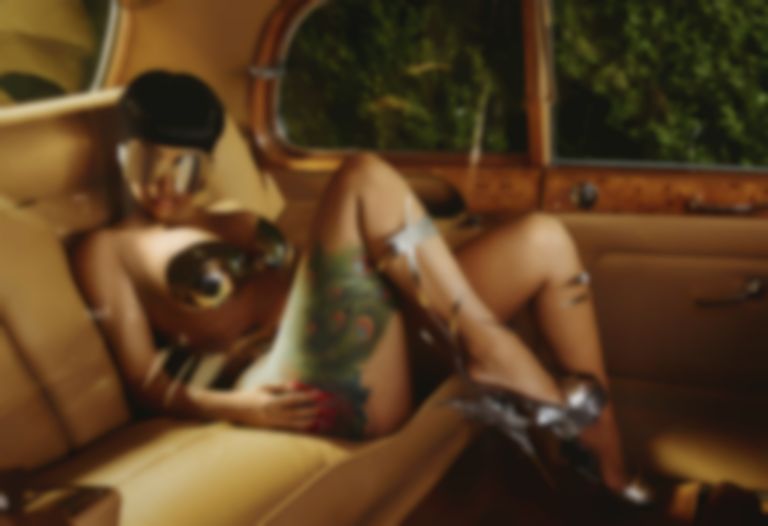 Cardi B has returned with her first single as the lead artist this year, "Hot Shit", which sees her unite with Kanye West and Lil Durk.

"Hot Shit" is Cardi B's first outing as the lead artist in 2022, and follows her her appearance on Kay Flock's "Shake It" with Dougie B and Bory300 in April.

The new track features Kanye West and Lil Durk, and is produced by Tay Keith (Drake, Lil Nas X). Cardi B told Zane Lowe on Apple Music 1 that the song is "is a little bit older than "WAP"."

Cardi B also told Lowe of her future releases, "I have another one that is different from this record. And right after that, I really just want to put that album together. I'm just trying to put all my plans together and everything together. Right now I'm doing a lot of transitions with my team. I told people that I'm going to be more outside. I've been preparing myself for a festival and I haven't performed in a crowd since 2019. And my body's definitely changed. I'm finally 30, and I just had a really big baby. Just even my body, the way that I program, I'm a little bit different now. So right now I'm trying to break my shell with everything. Even now, I'm really nervous. I haven't put out a single since "Up". That's almost a year and a half ago, so I'm just breaking in. But once I get comfortable and I start setting in, I'm ready to go on beast mode. I'm ready for it."

As well as working with Kay Flock this year, Cardi B appeared on Summer Walker and SZA's extended version of "No Love" in March.

Back in December last year, Cardi B said that her follow-up to 2018's Invasion of Privacy is expected to arrive in 2022.