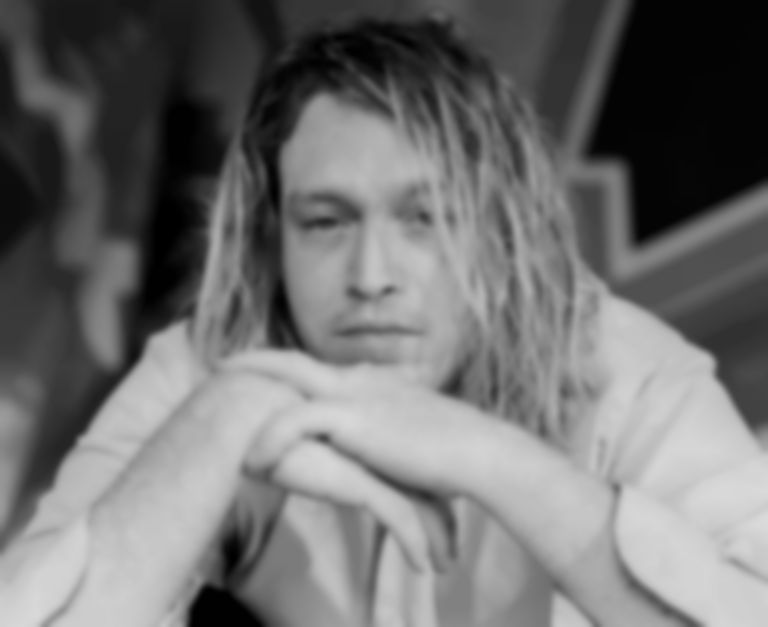 Actor and musician Caleb Landry Jones has announced his second album Gadzooks Vol. 1, alongside unveiling "Bogie" as the lead single.

Hot on the heels of picking up the Best Actor Award at Cannes Film Festival for his role in Nitram, Caleb Landry Jones has announced his new album Gadzooks Vol. 1, which is accompanied by the lead single "Bogie".

Gadzooks Vol. 1 will follow Landry Jones' 2020 debut album The Mother Stone, and was written a few months after recording his debut album while filming Finch with Tom Hanks in Albuquerque, New Mexico.

He explains, "I stole from what was around me, what fell out of the television, what passed below my windows, relationships, old and new. My frustrations, desires, day dreams and fears scattered themselves throughout my writing. It is a direct response to the album before it. I felt whatever I wrote next needed to be more consistent. I knew that I wanted to put everything down on tape. I wanted the same players as before but to go further."

He adds, "The perspectives from which I write, jump erratically and can turn on a dime. Others grow and burn, only to sometimes vanish on the spot, just before the hat drops. . . My intention is to not rob the listener of their own fantasies by describing the annals of purpose which in turn, only unearth a fragile magic. I am interested only in the album's response by its audience. The album is there to be digested, not by the front of your brain, but by the back. It is for the lover of labyrinths and quagmires."

"Bogie" is out now. Caleb Landry Jones' Gadzooks Vol. 1 album will arrive via Sacred Bones on 24 September, and is available to pre-order now.