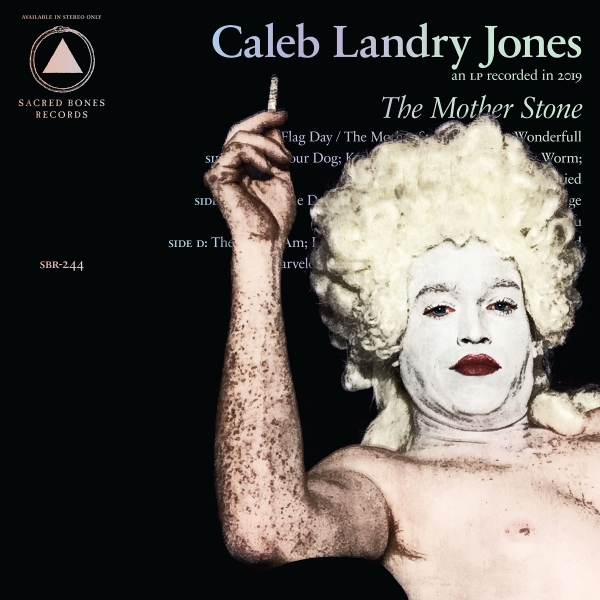 From Drake to Ariana Grande and Childish Gambino, the tired adage about actor/singers has long been debunked. But while Donald Glover’s acting reputation was only bolstered by his successes in the studio, Texan Caleb Landry Jones is one of the first actors in recent memory to have produced music so brave and bizarre that it’s easy to imagine it actually hurting his Hollywood name.

But as a man who’s moved slowly from X-Men to Twin Peaks, perhaps this surreal 85 minute-long expulsion will push him exactly into the territory in which he clearly feels at home.

The music on the record is about as far from fashionable as is conceivable, flaunting the kind of vaudeville, trudging blues which was already as unglamorous as it got when Tom Waits deployed it back in 1983. Waits seems to be a clear influence for Jones; he was even introduced to Sacred Bones records (the only conceivable home for music this sublimely odd) by Waits’ friend, director Jim Jarmusch. It was also recorded at Valentine Recording Studios; trodden ground for Frank Zappa, another icon who’s bizarre ghost must have made for fine company while tracks were being cut for The Mother Stone.

If I’m listing influences, it’s because Jones offers them readily. It’s wild to think of, but this is a debut album after all, and he uses icons as landmarks to mark his journey into the absurd. When things get psychedelic, he’s Lennon. On the grimy “All I Am In You”, he’s Cobain. The personal touch is further withheld by Jones himself, who sings compellingly across the album, but in a dozen odd intonations wrapped in enough distortion to make lyrics indecipherable, or feel obsolete.

All that being said however, somehow this unappealing concoction works. Reference-points may be obvious, but the feat of cohering them together is an act of stunning bravado and Jones keeps them all in check - soaring between White Album-esque country vignettes like “The Hodge-Podge Porridge Poke” to grand suites like “You’re So Wonderful” with ease. A standout is the woozy “Katya”, which sounds like a villainous Beatles cut and addresses a lover directly, pronouncing “I liken you, to everything”. Vocally, Jones approaches many of these songs like a hunter creeping on his pray, and so the end-result is at once lovesick and kind of unnerving.

Stylistic consistency is key to the steady enjoyability of the music; the record is filled with wilting harmonies, Wurlitzer, wry saxophone, woodwind and garage-rock guitar vamps across the board. You can tell this an artist comfortable with the spotlight because he surrounded himself in an entire circus, and the whole record is a vibrant splash of colour. There’s something to be said for introducing yourself to your audience on your debut, but there’s also little as satisfying as resolute commitment to an idea. With this record supposedly being culled from 800 hours of material, Jones isn’t just trying on a costume change with The Mother Stone, it truly is a unique and unwieldy commitment to a sound which is likely the worst possible commercial move for an actor with musical ambitions, which is how we know he means it.