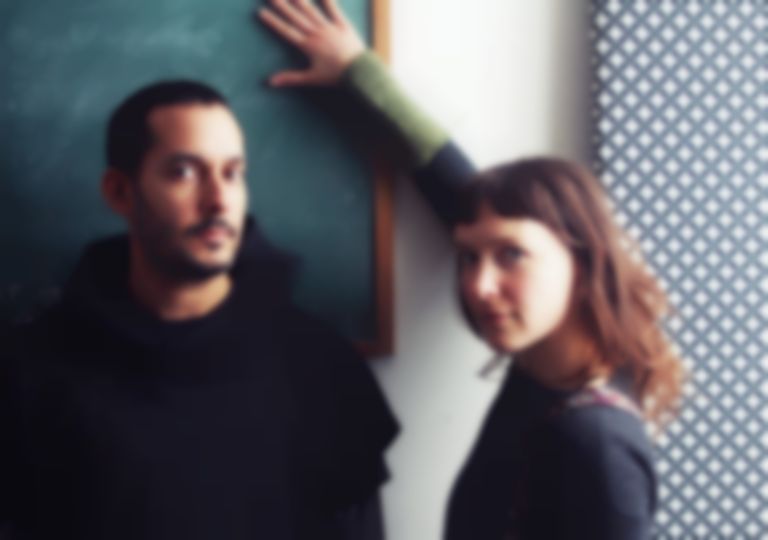 Brooklyn's experimental indie duo Buke and Gase are back with "No Land" and "Pink Boots", their first tracks since 2017's Arone vs. Aron EP.

Last night (11 September) Buke and Gase revealed "No Land", a brooding and jagged indie-pop piece. On Twitter, the duo says, "lyrically speaking, "No Land" is our response to the ignorance of human and other habitat destruction by rising waters, drought, displacement from war/famine, the subsequent separation of families and how it's going to get you, too, somehow, when you least desire it to."

In less than 24 hours the duo returned with a second cut "Pink Boots", along with its animated music video featuring 3D characters of Buke and Gase.

Buke and Gase haven't released an album since 2013's General Dome, but Buke of the duo appeared as a vocalist on The National's "The System Only Dreams in Total Darkness", from last year's Sleep Well Beast.

Both "No Land" and "Pink Boots" are available now. Buke and Gase will join Shellac on tour in the US next month. Find out more.