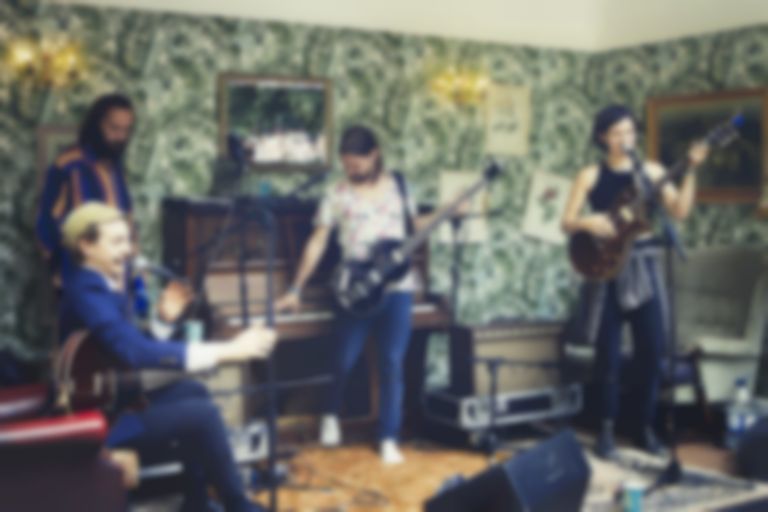 Buck Meek, the guitarist of Big Thief, has revealed that their fifth album is "pretty much done", as well as sharing that it's "certainly different".

After Big Thief uploaded a performance video of new song "Simulation Swarm" to their Instagram last month, guitarist Buck Meek has shared an update on their fifth album during an interview with Guitar.com.

Their follow up to 2019's U.F.O.F. and Two Hands albums is "pretty much done", Meek revealed, and added that it's "certainly different".

Meek continued, "Lockdown was a well-needed respite, I needed a break, and then Big Thief ended up making new music for nearly six months, which was really nice because we’ve been touring so hard we’ve had little chance to record in the last couple of years."

Although Big Thief are yet to officially release new music this year, many of the band members have been focused on solo material. Adrianne Lenker released her companion solo albums Songs and Instrumentals in October last year, Meek unveiled his second solo album Two Saviors just last month, and Big Thief's drummer James Krivchenia released his A New Found Relaxation album in June 2020.

Read Buck Meek's full interview at guitar.com. In September last year, Big Thief contributed a demo of "Jane" to the To the People of the Land: Carrizo​/​Comecrudo Solidarity Compilation.