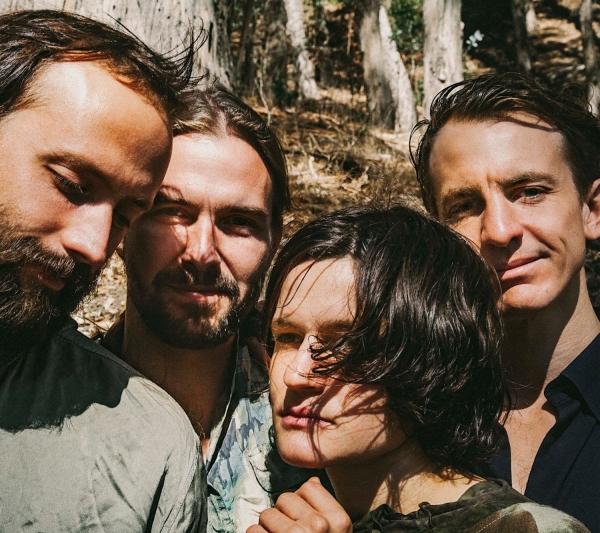 To release two stellar albums within one calendar year is practically unheard of (since 1977, anyway, when David Bowie and Iggy Pop both released a couple of records you might have heard), but to release two within six months should, by rights, be impossible.

Neil Young did it twice in the '70s, and more recently Beach House managed it in 2015 with Depression Cherry and Thank Your Lucky Stars, now Big Thief have done it with U.F.O.F. and their new release, Two Hands.

In some ways, U.F.O.F. and Two Hands represent that classic notion of Yin and Yang. The former is lighter, airier, spacier and more restrained than its sister, which is rougher, stronger and rootsier. The band themselves have named them “the celestial twin” (no prizes for guessing which one that is), and “the earth twin”, which makes perfect sense. U.F.O.F. was thankfully, rightfully, heralded as their third consecutive masterpiece (pardon the pun), and a staggering artistic evolution, which used their beautiful art-folk sound as a ladder to the stars. Depending on which side of the Yin/Yang divide you sit on, you may very well come to think of Two Hands as being an improvement on U.F.O.F., which is no small feat.

Adrianne Lenker, who wrote the entire record, produces her best vocal performances here. When you take into consideration that she released a solo album this time last year (the rather lovely abysskiss), you realise what a staggering artist she really is – especially because Two Hands is her THIRD full-length album release in twelve months. Her voice, much like that of Angel Olsen, Sharon Van Etten or Aldous Harding, has both a modern emotionality and a classic, timeless sensibility. Here, she reaches down to her huskiest lows and pushes at her loftiest highs. She also gives you a wide range of tunes from which to choose your favourites.

The penultimate track, “Replaced”, has Lenker pushing out the lyrics as though they were trying to staty inside her head, evoking Tom Petty to the point where even her cadence and delivery seems to match his at points. The guitars are bright, glassy and sharp, the rhythm insistent but not forceful. The forcefulness comes on “Not”, which has a much rawer emotionality, and it kicks like a mule. The guitars roar and howl, the drums thunder and Lenker’s voice matches them in their race to the abyss. It culminates in uncharacteristically overwhelming, Neil Young-ian guitar pyrotechnics – a crescendo of the most aggressive textures Big Thief have ever put to tape.

“Shoulders” promises classic folk-rock but actually delivers something much closer to Pavement or PJ Harvey, with its shaggy, hirsute riffs and bizarre lyrics about murder. The doom-inflected crackle of “The Toy” could soundtrack the end of the world, if the world had ended sometime in the early '60s. “Forgotten Eyes” return to the rough-edged country-rock, but with unfortunate melodic callbacks to Sixpence None the Richer’s “Kiss Me” - particularly disgusting if you’ve ever been unfortunate to hear New Found Glory’s version. Hey, nobody’s perfect.

Two Hands is a great record, and a stunning artistic accomplishment – a reminder if you needed one that this is Lenker’s THIRD album in twelve months – but it’s also devilishly clever in that it isn’t a perfect album. If it was, they’d have nowhere to go on the next one.