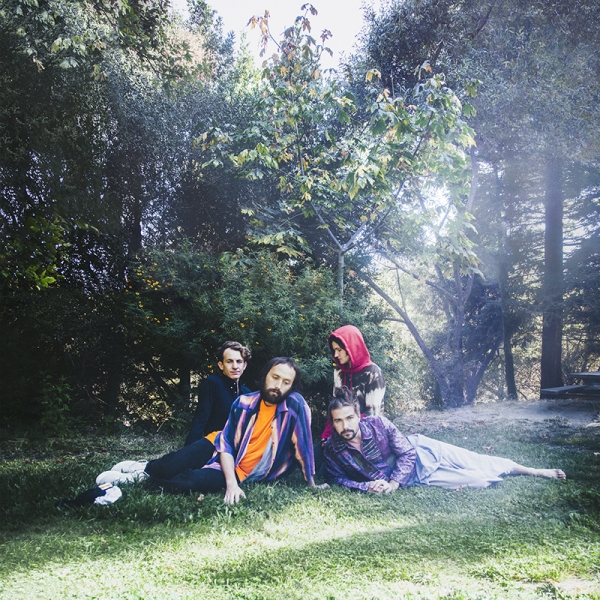 The song remains undisturbed at a steady, serene tempo, and the following few trundle on in a traditional folk mood. By the fifth track, "Open Desert", the music starts to move towards a sound that is more distinctly Big Thief. This slightly more challenging, emotionally raw territory is not a surprise: we’ve already heard the scream.

This jarring addition to the opener is a good emotional tone-setter for the whole record. Though the album is consistently soothing and soft, like a cashmere jumper, it is somehow not quite safe. Under the easy-on-the-ear surface is an urgent emotional quality that seems to be what distinguishes Big Thief from superficially similar acts.

This urgency intensifies throughout the record. Following the eerie opener, "UFOF" patters with fingerpicked guitar and soft drums, and "Cattails" is a slow stomp. By "Century", Lenker’s vocal is prominent in the mix and she whispers straight into our ear, evoking Jeff Buckley’s "Grace". The songs are progressively more expressive from hereon in, with an unprecedented vocal rawness in "Betsy" and an expansive build in "Jenni".

Despite the subtle shift in tone from beginning to end, this record is consistently imbued with a shifting, evocative sense of place, from the "great lakes" in "Cattails" to the "warm suburb air" in "Betsy". Though the band are based in New York, they are skilled at evoking the tranquility of wide prairies. It is this feeling that makes appropriate the album’s title, the music lifting us into zero gravity.

The album is existential at points, particularly in "Terminal Paradise" ("Terminal / We both know / Let me rest, let me go / See my death become a trail / And the trail leads to a flower / I will blossom in your sail"). This contributes to its vast, open atmosphere. While much of this genre of music evokes the tumbleweeds of middle America, Big Thief approach this sense of space in a wholly philosophical way.

The album does not have an obvious standout to rival "Masterpiece", but in a sense it doesn’t need one. We understand from the point of the shriek in "Contact" that it’s not going to be totally smooth sailing. Big Thief balance this emotional tension with profound calm. We cannot always tell which is most prominent. But lo and behold, by the close of "Magic Dealer", we are floating - "Still as the moment we’re lying in / Right now".